There’s a ritual I’ve long held – after the birthday candles are blown out, the junk food cleared up (what’s a party without some seriously carb-laden chips?) and the guests sent on their way, I sit down and pull out all my makeup. And I mean all of it. The lipsticks, foundations, eye shadows, mascaras… everything. And then I sort out the ones that will make it into the next year with me.

This ritual began when I was 26-years-old. Sitting at the Café de Paris in Monte Carlo on a windy December afternoon, I found myself observing a very loud woman ( we will call her Madame X) on the next table, who role model was clearly Paris Hilton. Complete with a chihuahua in an Hermes bag. Far too much makeup, far too tight clothes and a far too young man dangling on her arms.

But what bothered me much more than the clothes, the toy dog and the toy boy was the makeup. In trying to look 20, Madame X had pancaked on so much coverup that her skin looked pale, dry and almost crumbly – like kneaded dough that’s been left out on the counter for a month.

The excessive powder was spotlighting every tiny line and wrinkle, while the lipstick had bled out of its edges and looked just plain messy. The blush was sitting at a wrong angle, making her face look gaunt. And her lashes were so glued up with mascara that they stood up like little thorns.

Definitely not a good look. And yet unfortunately, one that many of us end up recreating a tiny bit at some stage in our life. Simply by not evaluating our makeup as we grow older. By not making those tiny, easy tweaks in texture and palette that are necessary with age. When you’re 35-years-old, would you wear all the same clothes that you did when you were 25? Maybe some of them but not all, right?

So, while Madame X was obviously unfortunate in having her mistakes creep up on her all at once, ours may be smaller but just as insidious in adding years to our face. And no! I am not talking about dumb rules such as that women should not wear bright colors after a certain age. Because that’s hogwash. It’s more to do with the way our skin and facial structure changes with passing years. Here is a cheat sheet to keep you looking your best, forever. 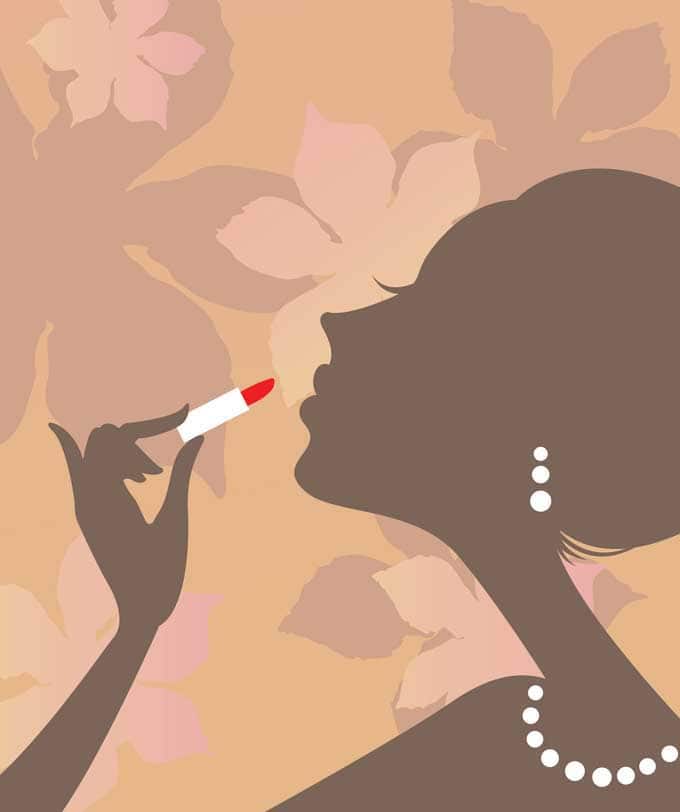 No, you shall not stop wearing bright colours. EVER.

1. Do you know why that 22-year-old neighbour has skin that glows like the sun and seems to literally hug her bones? The kind that annoys you like hell because it can actually pull off #wokeuplikethis without cheating? It’s because skin is blessed with peak levels of water, fat and oil till the mid-20s. After that, it’s all downhill.

So, first step: load up on the moisturiser. Diligently massage a cream or oil into your skin even before you pick up the first makeup brush. Yes, it’s boring. And yes, it adds on one more step. But the payback is tremendous because no makeup will ever sit well on dry skin.

2. Even your foundation should be warm, dew-y and luminescent (look for words like “moisturising” or “light reflecting”). And ideally a shade or two darker than your skin tone. A too-pale, too-matte foundation adds on the years by making you look washed out and exaggerating every tiny crinkle.

3. And use a light hand: when makeup artists have to age stars for the screen, they actually spackle on ultra-heavy foundation!

4. The skin under our eyes becomes thinner with the years. In a double whammy, this really brings out the dark circles, while simultaneously making it more difficult to blend in the concealer for a natural finish. Solution: switch to a liquid concealer, apply it with a brush and put it only on dark areas, not under the entire eye.

5. As for powder, throw it out of the window once and for all. It just settles into fine lines, highlighting them with a vengeance, along with making the complexion appear dry and pasty. In fact, try and stick to creams, gels and liquids for all makeup products, including blush and eyeshadow.

Repeat after me: anything that adds hydration, dewiness and luminescence to your skin is good. Anything that dries it out is evil. EVIL. The more hydrated your skin, the younger it will look.

6. Then there’s that little fact about losing muscle tone as we grow older (thank you, gravity!), which makes our facial structure less defined. So, apply blush on the apples of your cheeks, rather than under the cheek bones. And stick to a natural shade – blush that’s too dark or too bright will wash you out. 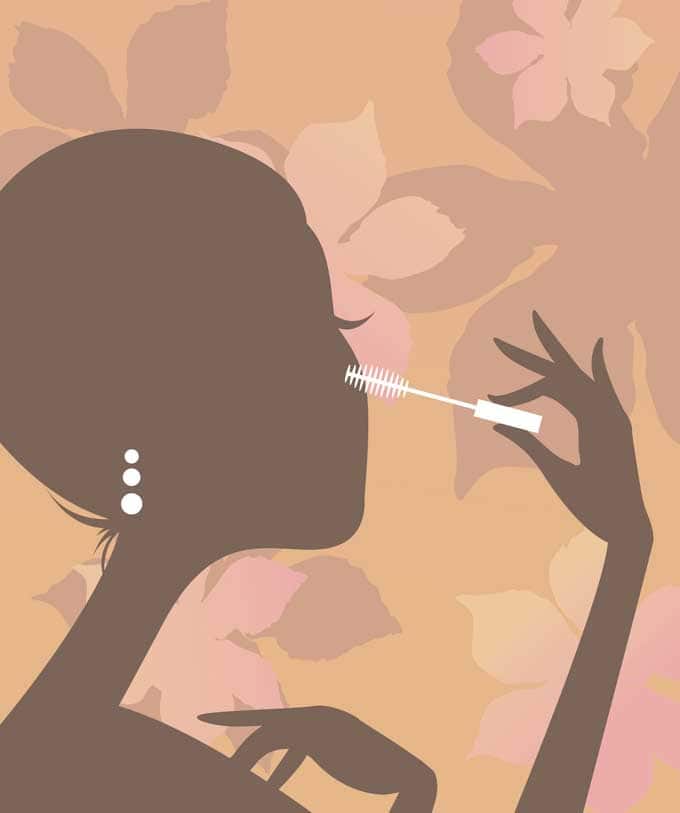 7. Every time someone tells me that “women of a certain age” should stop wearing a bright red lipstick or a fuchsia lip gloss, I want to slap them. What’s the age limit on having fun? On being cheerful? On wearing a war armour when you face a tough day? I will tell you exactly the same thing I told my mother: keep the bright hues – just adjust the texture. As we age, our lips get drier and thinner. Keep them moist with creamy lipsticks and plumping glosses. Or just top off your lipstick with a clear gloss, which will reflect light and make lips appear fuller.

8. One more thing about lips: Your natural lip line can begin to fade as you age, which makes lipstick more prone to bleeding and feathering. Tracing it with one of the new clear lip liners can help the color stay put.

9. As we age, our lashes start flattening out (thank you, gravity. Again!). To counter, befriend the eyelash curler. Curling your lashes will make your eyes look bigger, brighter and perkier.

10. With the passing years, you will also notice that lashes start getting thinner. Reflex action would be to load on a thickening mascara but that’s counterproductive. Thin lashes literally cannot support the weight of these heavy formulations and they will start getting flatter and clumpier. Instead, look for a lengthening mascara, which is lighter yet adds sufficient bulk.

11. Oh! And absolutely, totally leave out mascara on lower lashes. Unless you want to highlight each and every tiny line or dark circle. No? I thought as much.

12. But do define your brows, which also keep getting thinner with the passing years. This visually drags down your entire face. A simple pencil or brow powder will fill them back in to lift your face, define your features and make everything appear more youthful.

13. Even when I’m 90, the one thing that’s not going anywhere is my eyeliner. I love my eyeliners. Especially the coloured ones, which are perfect for getting party-ready in a hurry (turquoise eyeliner + nude lips = effortless glam). And I’ve no intention of ever giving up even one of them. But its a fact that with age, the skin above your lash line becomes droopy and less defined. Easy fix: swap the waxy pencils, which tug on the skin for a creamier formulation that will glide on easily. A liquid or gel liner, which goes on with a brush, is the best bet.

14. Finally, approach shimmer with caution. Formulas with shiny particles act like mammoth spotlights, throwing into focus every line, wrinkle and wayward pore. The newer illuminators and highlighters are great at adding that elusive hint of glamour without covering your face in chunky, gritty glitter particles.