The day Chanel No. 5 launched for sale in Gabrielle Chanel’s boutique at 31 Rue Cambon, in the heart of Paris.

And became an instant blockbuster, rewriting the annals of perfumery across the world.

Chanel No. 5. The perfume built on two opposing symbols that defined the world of its time. The demure rose, which was the signature scent that trailed women of breeding. Women of nobility. Women who stood at the highest echelons of society. And the sultry jasmine, which was the signature of the demi-mondes. The seductresses. The women of the night. The women who became mistresses but never wives.

More than anything else, though, Chanel No. 5 was the space where glamour found its olfactory form. As cultural historian Tilar J. Mazzeo puts it: “For the better part of a century, the scent of Chanel No. 5 has been a sultry whisper that says we are in the presence of something rich and sensuous. It’s the quiet rustle of elegant self-indulgence, the scent of a world that is splendidly and beautifully opulent.”

Today, 100 years after it first took over the world, Chanel No. 5 remains an icon that you would be hard pressed not to find in the perfume wardrobe of any beauty editor, fashionista, style icon or celebrity. There’s one bottle of Chanel No. 5 sold in the world every 30 seconds. And that’s a cultural legend in itself.

However, there are still many wonderful secrets that you don’t know about this larger-than-life icon. Secrets that will make you appreciate it even more than before. Secrets that any perfume lover will adore and admire.

So, go… dab some Chanel No. 5 on your wrists, take a deep whiff and settle down for the most exhilarating read on the perfume. Ready? 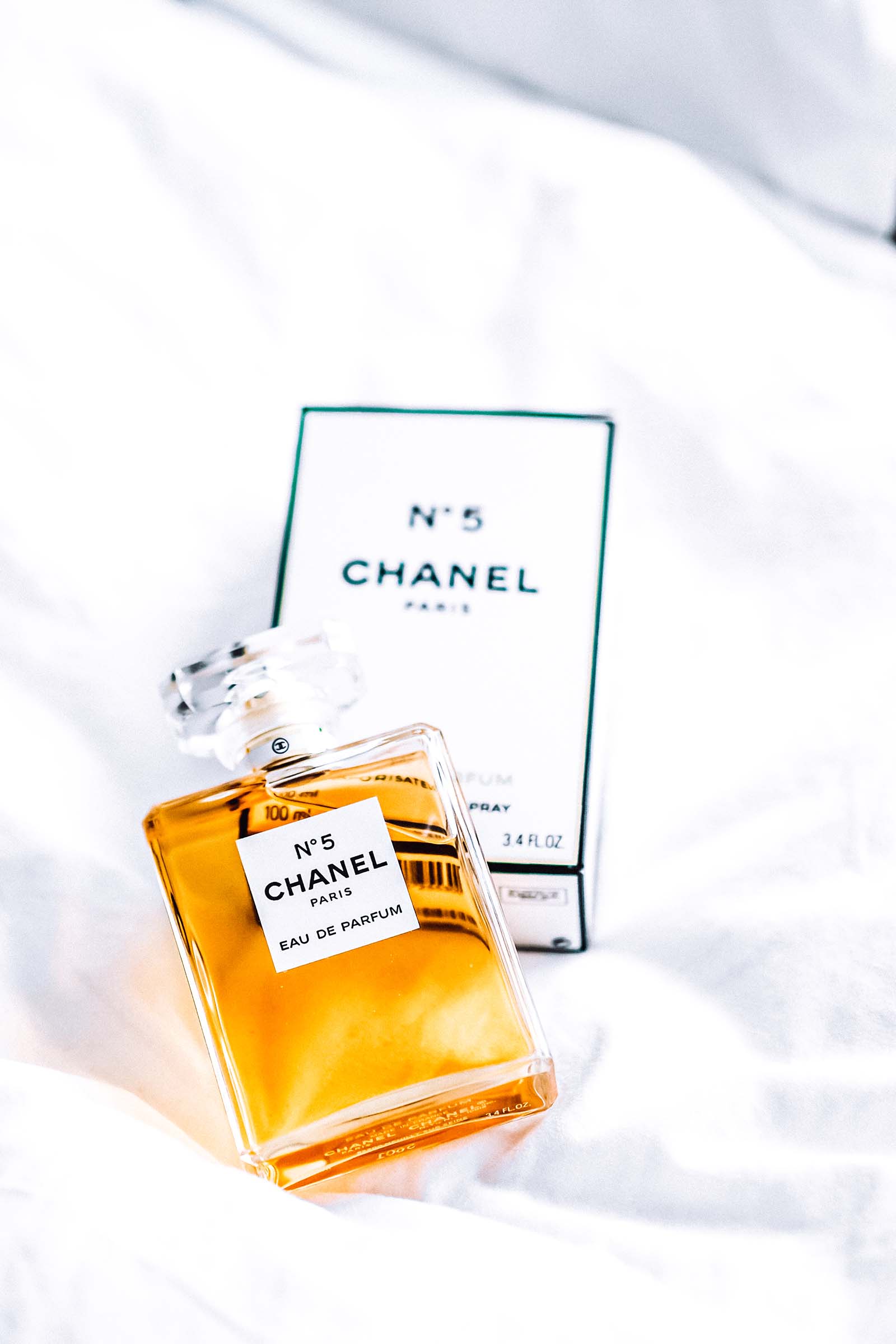 It was not named after the sample number

Yes, we know that Chanel No. 5 was the fifth sample that perfumer Ernest Beaux offered to Chanel.

However, the choice of name is actually far more complicated.

The number five was always Chanel’s lucky charm. This can be traced to her childhood at the orphanage in Aubazine, where it was repeated often – in symbolic patterns like the circles that made up the paths, the five-pointed stars on the ceiling, the pentagon and even the Cistercian belief that it was the number of quintessence: the symphony of earth, water, wind, fire and the spirit.

Later, she was to find out that it was Boy Capel’s magic number as well.

Chanel, consequently, presented all her collections on February 5th and August 5th every year. Chanel No. 5 was itself formally launched for sale on the fifth day and fifth month of 1921.

The logo holds a tale of love and heartbreak

The original Chanel No. 5 bottle had a simple ‘C’ on the black seal of its neck. This was changed to the now-iconic interlocking Cs only in 1925.

The interlocking Cs, which run through the entire Chanel brand, are said to have been inspired by the shape of the stained glass windows in Aubazine. Historians also speculate that Coco designed it as a combination of ‘Chanel’ and ‘Capel’, forever joining her name with Boy Capel – the only man she ever truly loved.

What you don’t know about the ingredients

While the Rose de Mai (Rosa Centifolia) and jasmine, both sourced exclusively from Grasse, may be the two most famous ingredients of No. 5, the fragrance has far more to its story. Ernest Beaux travelled across the world, even as far as the Arctic circle, in search of components for his iconic creation.

So, there is also ylang-ylang from Madagascar, Brazilian tonka beans and sandalwood from India. In fact, even the aldehydes that lift the perfume were added to capture the icy, invigorating breath of Arctic snow that Ernest experienced at the northern reaches of the world.

But it was not the first perfume to use aldheydes

Contrary to popular legend, Chanel No. 5 was not the first perfume to use aldehydes – though it would be the first one to do so in such large proportions. The real time these organic compounds appeared in perfumery was in Pierre Armingeat Rêve D’Or in 1905. They were also present in Houbigant’s Quelques Fleurs in 1912. However, it was Chanel No. 5 that gave them centerstage and led to their becoming a crucial element of world perfumery.

The bottle was inspired by whisky decanters

The simple, almost-pharmaceutical, glass bottle of Chanel No. 5 – which was completely contrary to the ornate crystal creations of the time – was inspired by Boy Capel’s whiskey decanters. The original bottle was gently curved… the corners were first faceted and squared in 1924. And the shape has remain unchanged since then.

In fact, the only thing that has changed architecturally about the now-iconic bottle is its stopper. Originally nothing more than a small, square plug, it was redesigned as a bevel-cut octagon in 1924. This was a monument to the famed Place Vendôme in Paris. Why this particular spot? Not only was Place Vendôme the epitome of luxury, it also fronted the Hotel Ritz, Coco Chanel’s lifetime residence. 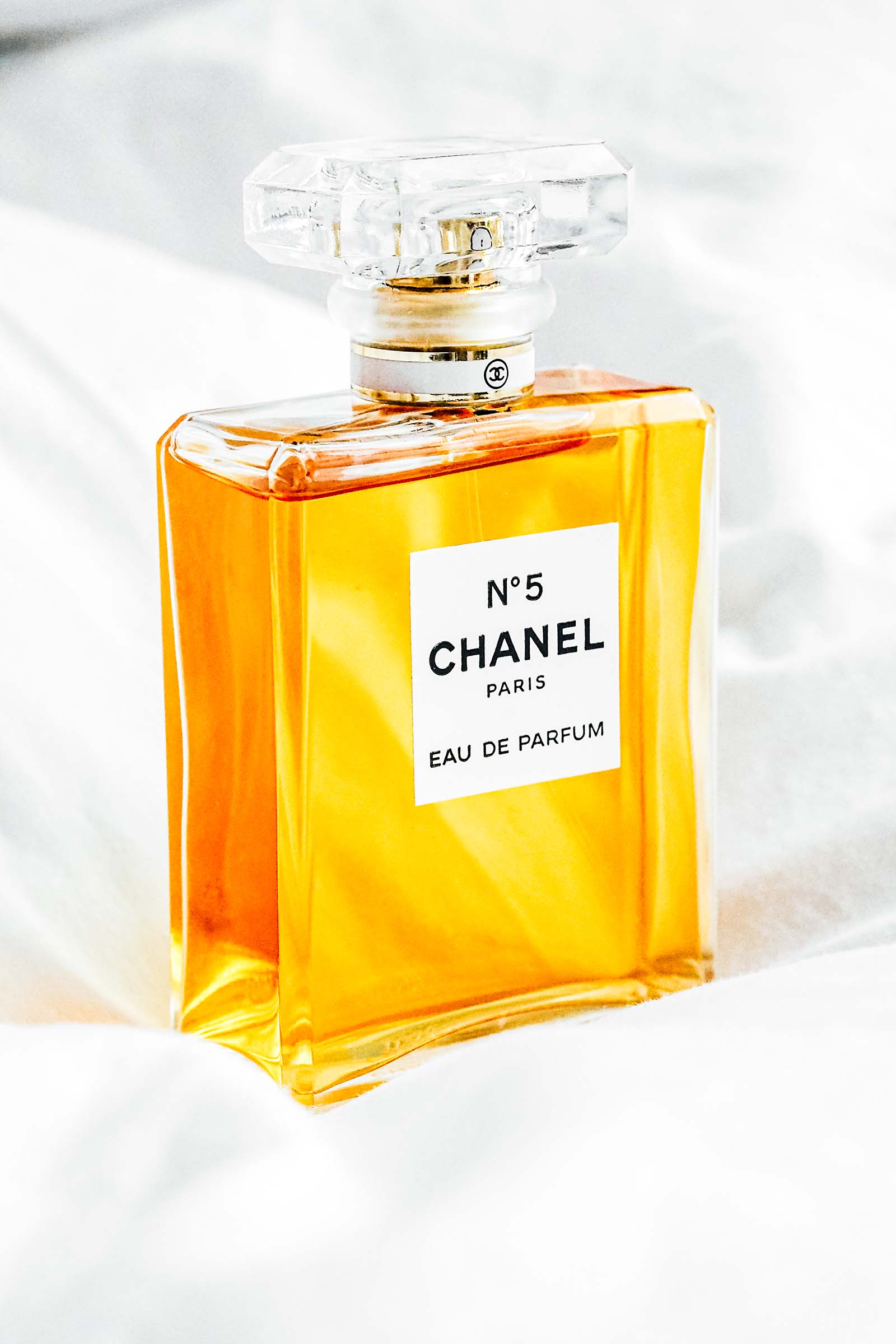 Has the fragrance of No. 5 changed over time?

According to the company, the current formula for Chanel No. 5 remains very close to the original – except for the necessary exclusion of natural civet and certain nitro-musks. Perfume experts and historians, however, hold that it’s only the Extrait that closely mirrors the original 1921 version. This is because the parfum, eau de parfum and eau de toilette, have lower concentrations of the more expensive ingredients like the Rose de Mai and jasmine.

Through its 100 years, only four pefumers have worked on Chanel No. 5 (and all the other Chanel perfumes): Ernest Beaux, Henri Robert, Jacques Polge and Olivier Polge.

Galeries Lafayette was its first stockist

Coco herself owned only 10%, while Pierre Wertheimer (who also owned Bourjois) took 70%. It was a voluntary business decision from Coco Chanel that she spent the rest of her life resenting, leading to ugly battles both in and out of court. In 1933, things had turned so bitter that Coco Chanel was voted off the board of directors and stripped of all control of the company for a while.

This led Coco to launch a series of competing perfumes, which came to be known as the ‘Mademoiselle Chanel’ or the ‘red label’ series. She even stopped using No. 5 herself and worked to actively smear its reputation, claiming that its quality had deteriorated.

She herself switched over to Mademoiselle Chanel No. 31 as her signature scent. It combined a mossy green accord with jasmine and rose and was later relaunched as No. 19. It’s the only perfume from the rival series that remains in existence today (and is my personal favorite).

The battle finally ended in 1947, when the Wertheimer bothers and Coco Chanel reached an agreement that made her one of the richest women in the world. Today, the Wertheimer family is the sole owner of the entire fashion house.

What’s so special about the jasmine from Grasse? While this fragrant flower is grown in several parts of the world, the particular climate of Southern France gives it a distinct note. Here, the jasmine plants have a lower proportion of indoles – the compound that gives them their intense sweet smell. This makes them more subtle, less syrupy or cloying. They also carry notes of tea, which is unlike any other jasmine in the world.

Today, around 99% of the production of jasmine from Grasse, goes into just one perfume: Chanel No. 5. This is the result of a long term agreement brokered by Chanel with the Mul family in the 1980s, when house perfumer Jacques Polges discovered that the production of this unique jasmine was declining and this would put the integrity of No. 5 at great risk.

Chanel No. 5 has the most expensive commercial – ever!

Chanel No. 5 not only raised the standards for perfumes but also for advertising.

First, in 1953, it became the first perfume to ever be advertised on television.

And then, in 2004, it became world’s most expensive advertisement (till date). The 4-minute No. 5 commercial made by director Baz Lurhmann cost US$33 million and featured Nicole Kidman in couture designed by Karl Lagerfeld. The sound tracks was created by classical composer Debussy. So, not your average 15 seconds of fame!

The most expensive bottle of Chanel No. 5

US$30,000: That’s what the most expensive bottle of Chanel No. 5 costs. It’s a 30.4 ounce Chanel No. 5 Limited Edition Grand Extrait in red, which was handcrafted from Baccarat crystal in 2018. Only 55 bottles were ever made. 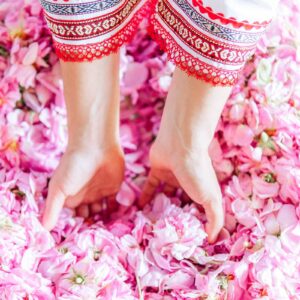