You are here: Home / Skincare / Tired? Sleepy? Need to sparkle in a hurry? You really NEED this beauty product in your life

Anyone who follows The Beauty Gypsy would know I rarely review off-the-shelf skincare products. Why? Because somewhere along the decade-long journey in the annals of beauty, I’ve become jaded with all the inflated promises and airbrushed images. And the mile-long ingredient lists that require a chemistry degree in order to decode both exhaust and frighten me in equal measure. So. Far. Better. Avoided.

Something else those who follow this blog would know: I am perpetually short on sleep. Mind numbingly, muscle achingly, skin crushingly short on sleep. Which means I am constantly walking through a mental haze in the morning and piling on loads of makeup to camouflage a dull, dry and totally exhausted complexion by the evening. So when Garnier put out their new Ultra-Lift® Miracle Sleeping Cream™ Anti-Age + Anti-Fatigue Night Cream, even my inner cynic couldn’t resist a trial run.

And even though it normally takes a month for the benefits of any skincare product to really take hold, here I sit five days later reviewing Garnier’s Ultra-Lift® Miracle Sleeping Cream. And because sleepy, fatigued minds don’t need any more complicated gibberish, I’m going to cut the crap clutter and simply distill into six short-ish points everything that’s impressed me about Garnier’s new launch: 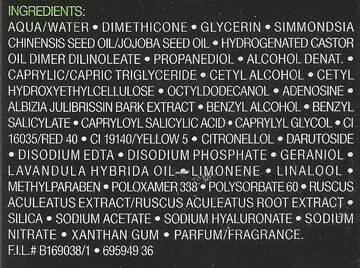 1. The laundry list: Or the lack of one, actually. Because it feels good when you look at a list of ingredients and actually recognize most of the components, especially within the crucial “first five” zone. I love the simple yet effective blend of natural and botanical ingredients, especially the super-hydrating jojoba oil, castor oil and all that luscious lavender essential oil (more on this later).

2. The science: Imagine if I was to keep you up all night, night after night, then deny you any caffeine or energy shots, while simultaneous expecting you to be all perky and sparkling and scaling mountains. Not going to happen, right? Like the rest of our bodies, sleepy skin is exhausted skin. And exhausted skin needs some serious help to heal, renew and keep itself strong. Deny it this support and you’re looking at an avalanche of dryness, dullness, fine lines, wrinkles and sagging. Garnier’s Ultra-Lift® Miracle Sleeping Cream counters this with jojoba oil for skin strengthening; hyaluronic acid for intense hydration; extract of Albizia, which combats fatigue; and extract of Ruscus, which boosts skin’s microcirculation. Plus, it also contains a small amount of salicylic acid and has a pH that makes it a gentle exfoliator to boost cellular turnover.

3. Lavender: Lavender is one of the most powerful remedies in the plant world. So powerful that the ancient Egyptians and Romans ranked its oil right up there with gold. It owes this amazing spectrum of healing powers to a complex natural makeup, which is chockfull of antiseptic, antioxidant and anti-inflammatory goodness. Even a mere whiff of its fragrance has potent aromatherapy benefits–in the case of the Miracle Sleeping Cream, sending me on the way to a soothing slumber (added bonus!). 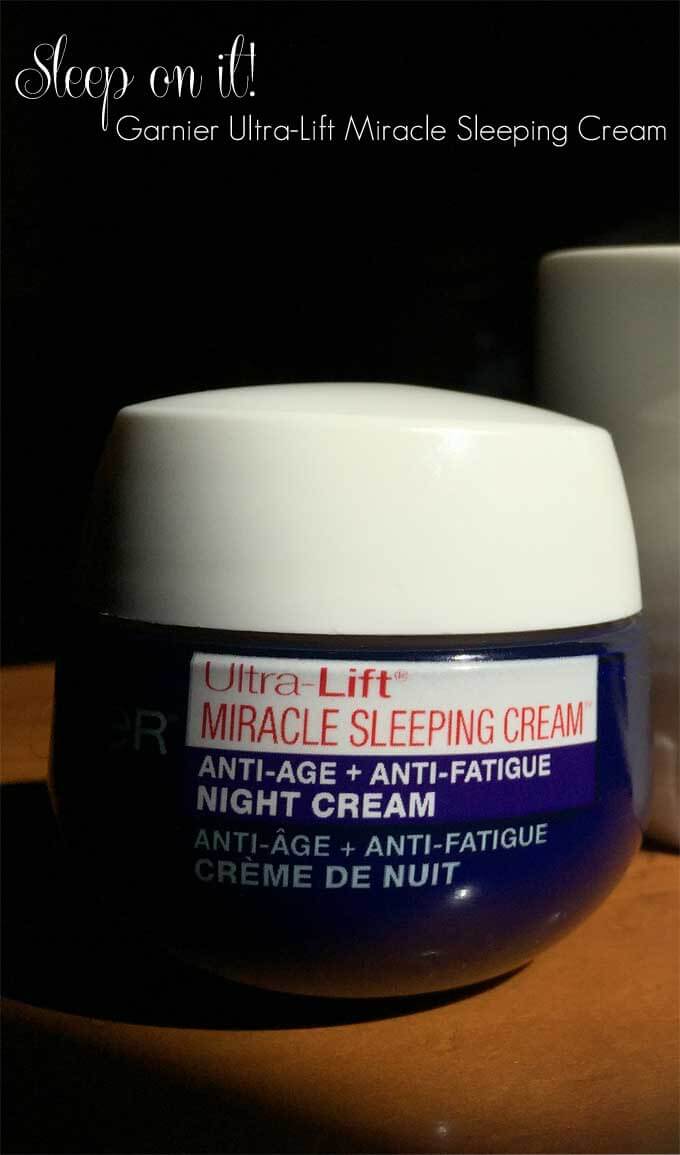 4. That bit about the night: Why use a night cream? Why not slap on something after you’ve woken up? Our skin temperature is higher and the surface layer more porous during nighttime, allowing for greater penetration of active ingredients. Plus, since the vital organs are at rest while we sleep, the body can direct its healing resources to the skin more easily. And as skin doesn’t need to compete with makeup, sunscreen or environmental aggressors during the night, it’s able to shift from defensive to regenerative mode.

5. The texture: The first night I put on Garnier’s Ultra-Lift® Miracle Sleeping Cream, it was a bit of a worry. Because even though it didn’t feel heavy or greasy, the gel-cream just refused to totally sink into my skin. It was only later I realized this is intentional, with Garnier using an innovative polymer that literally stretches over skin like elastic to deliver active ingredients with maximum efficacy. On the skin, it just feels fresh and cooling–almost comforting in some strange psycho-tactile manner–sans any heaviness.

6. The effects: Moist. And plump. That’s how I would describe my skin after five days of using this gel-cream. Everything looks visibly smoother and brighter; and while I don’t really have any fine lines or wrinkles, those nicks and creases that follow my insomniac thrashings have been plumped away. I find myself wandering out with far less makeup and yet not terrifying puppies, kittens and small children. In fact, this is one of the most hydrating and skin softening products I’ve seen in a long time and would strongly suggest that it needn’t be limited to “aging” skin. Now I am almost tempted to try its sister product–the Garnier Ultra-Lift Miracle Sleeping Cream: Anti-Age + Anti-Fatigue Eye Cream!

Do you plan to try Garnier’s Ultra-Lift Miracle Sleeping Cream Anti-Age + Anti-Fatigue Night Cream to help fight wrinkles and the signs of fatigue? Tell me in the comments for a chance to win a $100 VISA gift card.

PS (Because I love you guys!)

Can’t get your nightly beauty sleep? Garnier has you covered with prizes that will make you look like you didn’t miss a wink! Enter the Sleep With This Sweepstakes now for the chance to win Garnier’s Ultra-Lift® Miracle Sleeping Cream, a Westin Heavenly® Bed and more.

You may receive (2) total entries by selecting from the following entry methods:

This giveaway is open to US Residents age 18 or older (or nineteen (19) years of age or older in Alabama and Nebraska). Winners will be selected via random draw, and will be notified by e-mail. The notification email will come directly from BlogHer via the [email protected] email address. You will have 2 business days to respond; otherwise a new winner will be selected.

The Official Rules are available here.

Be sure to visit the Garnier brand page on BlogHer.com where you can read other bloggers’ posts! 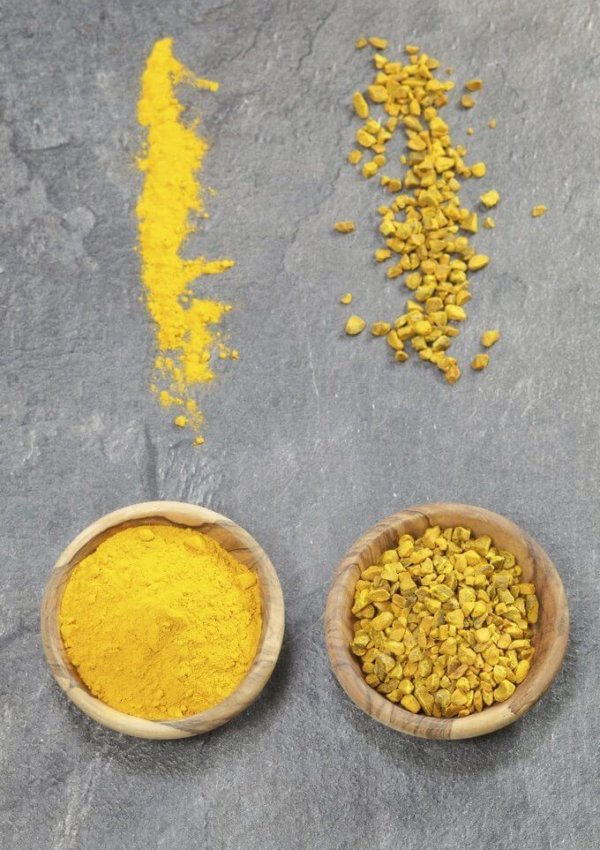 Turmeric: The super skincare spice (and it doesn’t always turn you yellow!) 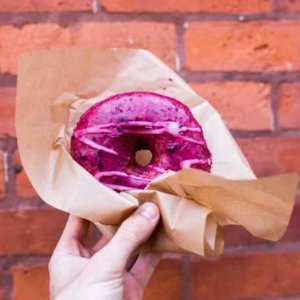 Sleep less, weigh more: 6 ways lack of sleep is making you pile on the weight. LOTS of weight.