Though the cacophony of cultures, countries and eras means there is not much space left to tell an actual story, Teri Meri Kahaani still worked for me as a visual feast whose three distinctly different courses were brought together by one theme: Priyanka Chopra’s gorgeous looks through the span of a century. The lady has blossomed in the hands of Mickey Contractor and Manish Malhotra through every frame and I have been receiving tonnes of mails on how to recreate the various looks. So, here goes Part 1 of how to get Priyanka Chopra’s looks in Teri Meri Kahaani:

1910: Aradhana in Sargoda, a village near Lahore in undivided India 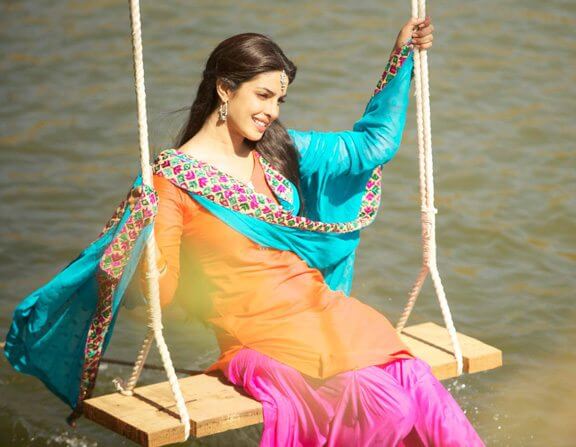 To put things in perspective, this was the peak of the Indian freedom struggle and commercially available makeup was non-existent. As the daughter of a freedom fighter, it was even more unlikely that Aradhana would be heavily made up. Hence, the more natural look with an increased emphasis on clothes makes this the perfect get-up for those looking to offset uber-bright clothes with a nude-ish face or channel “pure” Indian aesthetics that are completely uncoloured by any other culture.

“When we were doing research, the most interesting thing was the look of 1910, specially around Lahore, the Punjab-Pakistan border. Over there the ladies would dress up with the dupattas on their heads, very delicate jewellery and a lot of phulkari, so Manish Malhotra made sure that the clothes were very authentic and colours were very Indian and very bright at the same time,” says Priyanka, explaining the vivid jewel-tones and gorgeous embroidery that she sports during this segment. 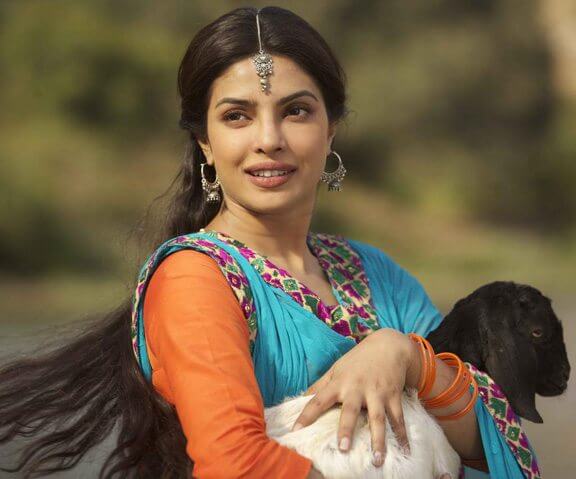 Too much colour, however, was frowned upon on the makeup front. The height of fashion would be a pinch of vermillion rubbed in to the cheeks and lips, rice powder to dust the nose and the kohl to define the eyes. Thankfully, we have better options today, so to recreate Priyanka’s ‘Aradhana’:

1960 – Priyanka Chopra as Rukhsar in Mumbai

« What is your acne telling you?
Get the Look: Priyanka Chopra in Teri Meri Kahaani (1960: Rukhsar) »