Today I was looking at photos from a friend’s wedding — which, incidentally, was one of the most mammoth weddings of the 20th century — and almost every one of them showed my makeup as patchy, chalky, with horrible white flour-like spots everywhere.

Needless to say, this evoked pure hysteria, given that I had managed to circulate through some 10,000 people (yes! this wedding was that mammoth) for five days looking like a badly uncoordinated orangutan had taken a paint brush to my face.

Fortunately, my makeup artist friend called just before I flung myself out of the window, with a panic-subsiding explanation: I was using mineral makeup for this occasion, which reflects light very easily.

Hence causing, what is known in makeup circles, as “flour face” or “makeup flashback”. 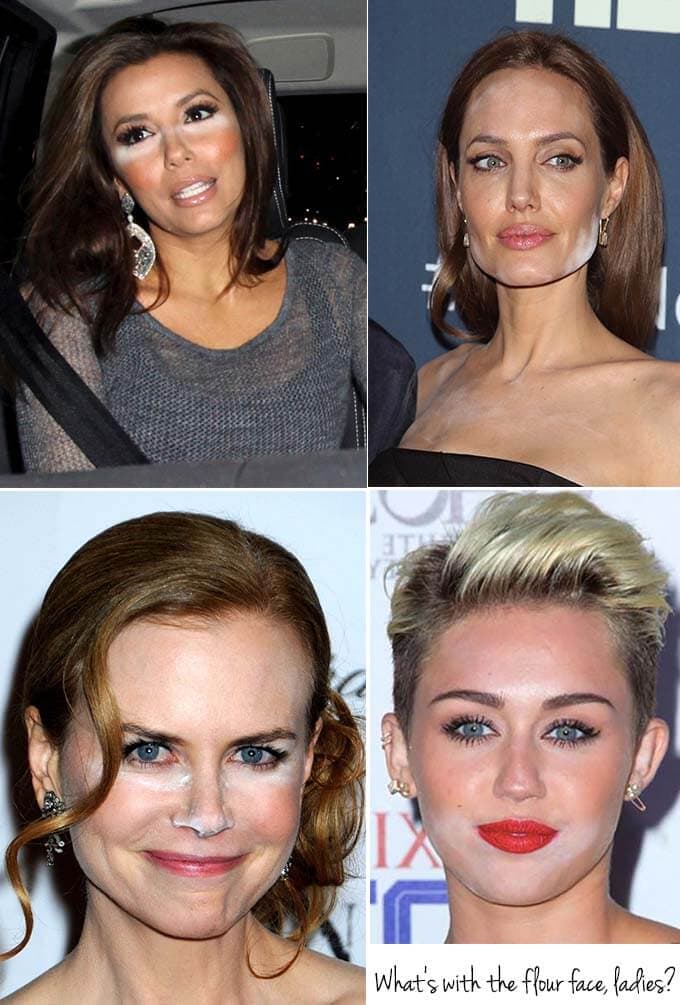 What in the world is “flour face”?

Ever seen those celebrities with what looks like white powder residue on their face? And couldn’t figure out WTF they were thinking? And why did they not bother to look in the mirror before leaving the house?

It’s not their fault (which is to say it wasn’t mine either!).

In all probability they were simply wearing mineral products, which can cause major makeup flashback.

BUT when someone takes your photo and the flash goes off, suddenly that’s all you’re seeing — a big reflection of chalky powder on your face.

The same thing happens with silica-based powders, which have white undertones and are very pigmented.

And that’s even more of a bummer as silica-based products are sometimes your only hope of keeping the face grease-free through a hot and humid evening.

This is what’s happening to the celebrities in these photos… at least I have makeup stalwarts like Angelina Jolie, Nicole Kidman, Miley Cyrus and Eva Longoria for company!

The simplest solution is to just check yourself before heading out!

Turn off the lights and take a photo of your face with a flash camera — this will help identify any rogue floury-looking areas and you’ll be able to correct them before heading out of the door and confronting a camera.

This is specially important if you’re wearing mineral makeup.

Or you’ve set your face with setting powders or makeup sprays, which usually contain light-reflecting ingredients such as zinc oxide or titanium dioxide, which will reflect light back to the lens under a flash.

Also avoid physical sunscreen on days when you’re bound to be taking photographs (selfies at brunch, anyone?), since it contains zinc oxide and titanium dioxide as well — thereby setting off the makeup flashback.

It’s a great way of looking less tired but will be picked up and thrown into focus by the camera… which is why a lot of celebrities seem to have the flour face effect in their under-eye area.

Or, if you can, simply avoid flash photography.

But photos, after all, are always half the fun. Aren’t they?

What’s the most terrible makeup disaster that you’ve ever had the bad luck to run into? 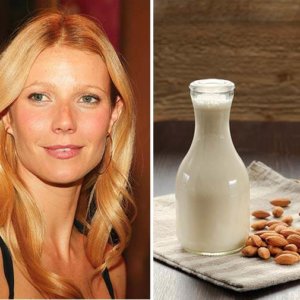