Ever since movie mogul Harvey Weinstein was exposed as a sexual predator, social media has blown up with one powerful hashtag: #MeToo.

Simple yet explosive, #MeToo has been trending in more than 85 countries, spreading from the USA to places like the United Kingdom, Canada, France, India, Israel… in fact, wherever there’s social media, there are millions of #MeToo stories.

While precise numbers are virtually impossible to come by, the impact of social activist Tarana Burke’s phrase (she first formulated it in 2006, on MySpace) clearly defeats those who may rubbish it as mere hashtag activism. #MeToo was used by more than 4.7 million people in 12 million posts on Facebook alone during the first 24 hours after actress Alyssa Milano’s rallying cry on October 15th, 2017.

A month later, I doubt anyone can even keep track.

But is it enough? Is #MeToo really enough?

I don’t think so. It’s a phenomenal starting point but the problem is much bigger than men who sexually, intimidate, coerce, assault, rape or otherwise prey on women.

The problem is also psychiatrists who tell a woman that she must have “led on” the perpetrator.

The problem is also doctors who believe a woman’s main job is having kids and bringing them up.

The problem is also the corporate structure that creates glass ceilings which can only be shattered through sexual subservience or favors.

The problem is also women who tell other women that they need to be subservient to men because that’s the way of the world.

The problem is also parents who indoctrinate their daughters into an attitude of weakness, fragility, helplessness and inferiority vis-à-vis men right from childhood.

The problem is also the society that shuts out the victim rather than the vicious.

The problem is also those who shrug off the Harry Weinsteins’ and Ed Westwicks’ of the world by saying that women who go into industries like media, advertising and films should be prepared for “this stuff”. And that “if you can’t handle this stuff, don’t step into the field”.

The problem is also those who hence deny a woman the right to work in the industry of her choice.

The problem is also those who make jokes that demean women.

The problem is also those make a woman’s virtue her honor.

The problem is also teachers who teach their students that a woman’s place is in the kitchen.

The problem is also those of us who won’t sometimes allow a man to be a victim.

The problem is also those who who feel its perfectly justified to mock at a homosexual. Or a transgender. Or a bisexual.

The problem is also, unfortunately, the woman who points a finger at a man out of sheer vindictiveness or blackmail and hence renders the whole tribe as false.

The problem is also those privileged enough to be heard, who now want to force every sexual assault survivor to speak out.

The problem is, ultimately, those of us who will deny any individual – man or woman – the freedom or autonomy to make their own decisions. To stand up and speak, or to keep silent. To work and grow in the industry of their choice. To expose or stand their ground without fear of retribution. To sit at home or walk out in the world, as they want. To have children or work a 40-hour week. Or do both simultaneously. To be married or single. To just be happy.

And to those, I would like to say #ThemToo

For those who may not rape or assault but create a culture that enables such crimes.

For those who hold a victim to the spotlight, rather than the perpetrator.

For those who turn a blind eye to crimes that are happening in front of their eyes.

For those who shape attitudes and judgements based on gender.

For those who dole out privileges based on gender.

For those who pay lip service to a hashtag without actually believing in it.

What do you say? Who’s your #ThemToo? 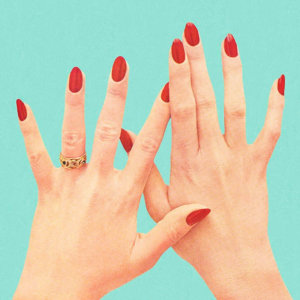