You are here: Home / Fashion / RIP Prabuddha Dasgupta… the beauty maverick who defined a “new” India

I will always remember my first conversation with Prabuddha Dasgupta. It was not a pleasant one. I was the Beauty Director at Marie Claire and we needed to commission a shoot on skin lightening beauty treatments. Prabuddha, who shot only those projects that caught his fancy, was initially excited about the idea of doing a black & white spread with ambient lighting – his speciality. But then he heard the storyline and slammed down the phone. Trying to make women want to be fair complexioned? “Please don’t call me with such rubbish again.”

End of conversation but the beginning of a new story. His argument (one sided as nobody could get in a word when Prabuddha started making a point) convinced me that perpetuating the fair-is-beautiful myth was counterproductive for a dusky skinned country whose women are finally taking the spotlight worldwide because of their natural beauty.

To Prabuddha, this was a political and moral insult – like most colonial countries, “fair” is equated with the upper classes in India and this nonconformist was not just going to dismiss the cliches but also wage a longstanding war against them, in the process defining the beauty of Indian women for a whole generation.

This was his greatest signature – images of urban Indian women that represent their strength and stability, emphasising their innermost nuances. Prabuddha was a documentarian of everything that was beautiful according to his own standards, reminding the world that beauty comes in different types, sizes, ages and skin tones.

He shot a new and “real” India, taking it centre-stage on international platforms like Hermes and Louis Vuitton. Not only did he shoot extensively for foreign fashion brands and magazines, his work also took the spotlight in several personal collections and institutions, like Le Cashmerien in Paris, Bodhi Art in New York and Galleria Carla Sozzani in Milan.

And then there was his personal work, which reads like a visual exploration of friendships, family ties, personalities, relationships, personal spaces, journeys and landscapes. In 1996, Prabuddha broke a major taboo by publishing Women, an extremely controversial collection of nudes of urban Indian women.

His second book – Ladakh – was published four years later and showcased a personal exploration of India’s frontier wilderness. The most recent tome – Edge of Faith – was perhaps closest to his heart, replete with images of Goa, which was this Kolkata-born photographer’s adopted land.

Through the years, I followed Prabuddha’s work, hoping that we would shoot together one day. And when the moment came, its magic fulfilled every dream, every expectation. There is so much that stylists, photographers and editors across the world have learnt from this stubborn individualist, especially the need to be true to yourself and your subject.

His lessons worked on a personal level as well: never apologise for who you are and never try to cast yourself according to someone else’s expectations. Over endless tumblers of hot coffee in Goa, he would tell me that the world has a place for every single person regardless of age, complexion or size. We just need to find our space and then stand firm.

Prabuddha definitely found his space and he filled it with a new aesthetic that has not only come to define the beauty of Indian women but has also changed the way the world looks at our country. His work done, the stubborn maverick went out doing what he loved best – holding the camera.

His sudden and completely unexpected death has shaken the fashion and beauty community across the world. He was just 52-years-old and had many stories left to tell, many images left to render. I can clearly visualise him arguing with God on the creation of a female form up there.

Prabuddha, despite all our arguments, you will be missed more than you can imagine. But your aesthetics and philosophies will love on.

And I shall continue to keep my promise to never air brush a model into milky-whiteness ever again.

Click through some of Prabuddha’s best images… which is your favourite? 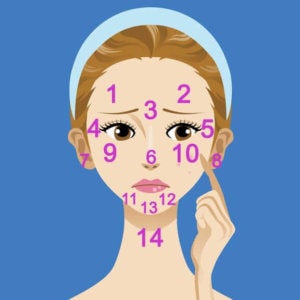 What is your acne telling you?