Home / Just me! / On handling life and its pitchforks, one scented memory at a time

Today, in the middle of an awful day, I caught a whiff of 4711 – the simple eau de cologne that my grandmother-in-law used to wear every single day. And it made me feel calmer. More focussed. Less like the world was crashing around me. For a minute, it even made me smile… something that I have not managed for days.

I would like to think she sent it as a blessing, a hand over my head in troubled times. She passed away ten years ago but today, this memory of her saved me.

Have you ever felt it? Something that comes out of the blue and reminds you of a happier time?

It happens to me often. A stray sea shell that brings back memories of long, languorous summers spent at the beach, roasting to a deep caramel hue (my mother was never a follower of the sunscreen cult).

A brown lipstick that reminds me of the first makeup product that all of us friends pooled in to buy. It was from Revlon – a truly ghastly shade that somehow makes for a beautiful memory.

An old blanket from the time I first held my baby brother in my arms.

The notes of a song my niece danced to at her wedding.

The rustle of a crisp newspaper, from years of my father’s breakfast ritual.

That particular shade of pink, woven through with orange, that suits my mother so perfectly, it may as well have been custom made for her.

The sight of marigold flowers, which decorated my wedding altar.

The headiness of a simple rum-and-coke, which has been my best friend’s and mine tipple of choice ever since the times we could not afford anything more exotic. Today, that’s what I will mix up when I am feeling down-and-out, even if there’s a bottle of Dom Pérignon handy.

The sharpness of Old Spice, the aftershave lotion my father used for decades, before I forced him to shift to the more skin-friendly Kiehl’s and L’Oréal.

The citrusy sunniness of Acqua di Parma Colonia, the perfume my husband wore for our wedding.

The rich romanticism of Estée Lauder’s Beautiful, laced with roses, lilies, tuberose and orange flowers, which I wore on that day 12 years ago. And now keep for my own take on liquid courage.

Penhaligon’s Juniper Sling, which I somehow associate with my brother.

Come to think of it, scent is the most tangible of all memories, even if it’s the most ephemeral. It’s so fleeting, yet ignites a memory-centre that lies buried deep in our subconsciousness. 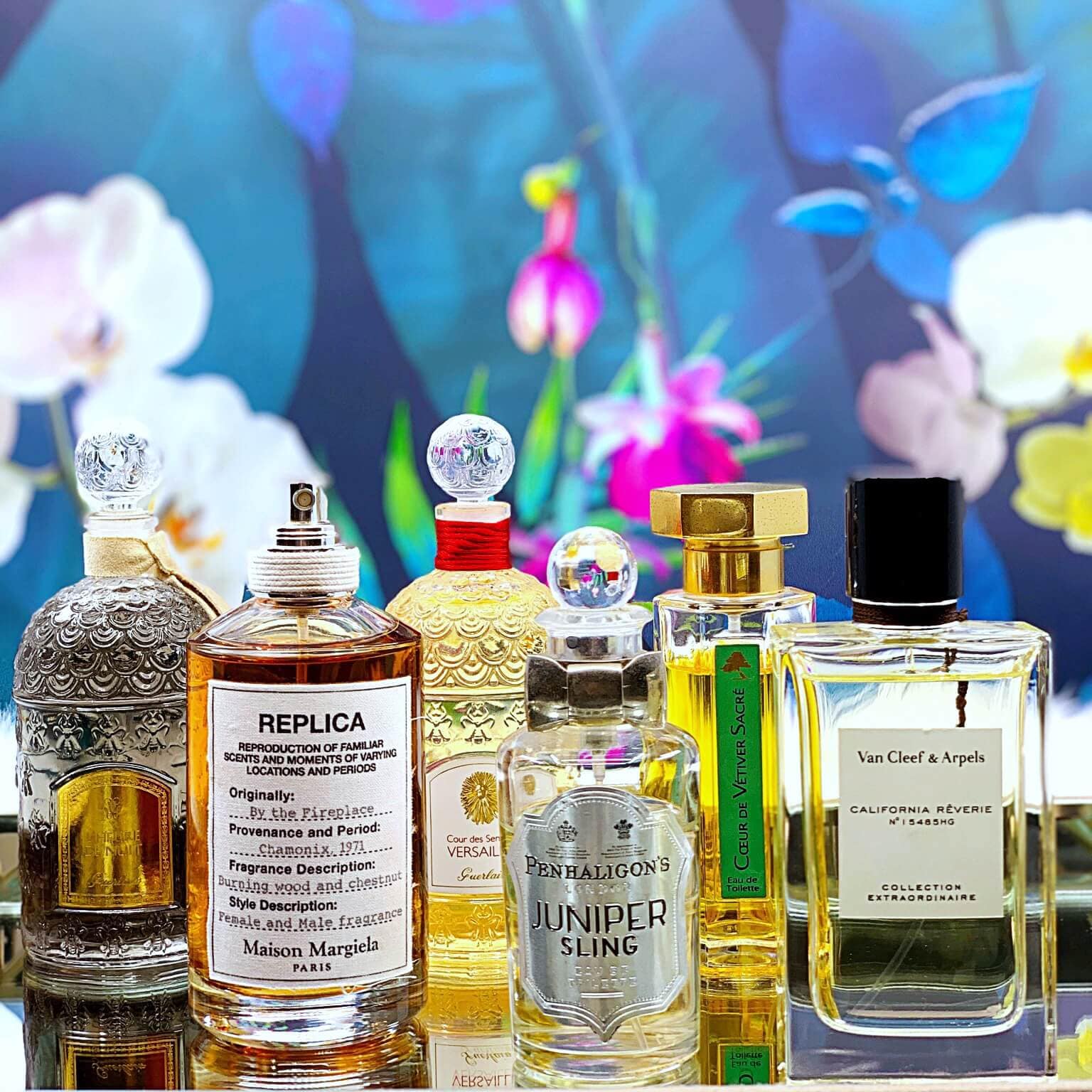 There’s the scent of monsoon for me – sparkling raindrops falling on parched, summer-baked earth and bringing it back to life. Literally bottled in India’s unique Mitti Attar, which is made by distilling shards of half-baked clay.

The scent of water-soaked vetiver, which was used to cool the old Indian palaces where we ran amok as kids.

Van Cleef & Arpels California Rêverie, which reminds me of my home’s sun-filled landscape, overflowing with jasmine.

The headiness of lavender that takes me back to Provence in France, where I would spend the rest of my life if it was possible.

The smell of fresh lemons and sun-warmed terracotta, which transport me to Italy’s Positano, where I was probably born in another lifetime.

The smell of new leather, which nobody has managed to bottle.

The smokiness of incense and sandalwood, reminiscent of the grand cathedrals of Europe.

The creamy headiness of fresh ghee (clarified butter) bubbling on my mother’s stove from as far back as I can remember.

I could go on and on. And on. About scents and seemingly tiny, insignificant objects that create my safe space. The memories that protects me from shattering into a thousand pieces.

But right now, life calls again, and I will go meet it with a spritz of 4711. Stay with me, grandmom. I need you.

Is there any fragrance that’s deeply tied in with a memory for you as well?

« Cherry blossoms: The Japanese skincare secret that will give you the best complexion ever!
Lip care with a hint of color: The best tinted lip balms for your pout! »