You are here: Home / Makeup / 11 easy ways to update your look for spring (Hooray for new makeup trends!)

Hot and sultry Hampton’s living… that’s the makeup vibe everyone is channelling this season. From flushed cheeks and bronzed complexions to coral lips and aquatic eyes, the spring of 2014 is going to be all about fresh-from-the-beach sexiness. Luckily, you can still pull off the look sans the beach. Or the Hampton’s home. And quite easily at that!

This season is all about a PERFECT complexion. Not shiny, not matte, just natural and perfect. Yes, I hear your groans. After all, this “minimal” trend is the toughest to pull off, since it requires immaculate skin. Which only happens if you are Rosie Huntington-Whiteley. Unfortunately, it forms the base for almost all the other makeup looks, so step up your skincare to focus more on what lies beneath.

And since perfect-skin miracles don’t happen overnight, do as the makeup artists did backstage, with tons of prepping to hydrate, even out and plump up the complexion (because even Rosie Huntington-Whiteley can use a helping hand now and then).

At Diane von Furstenburg, it was the domain of MAC’s Mineralize Charged Water Face & Body Lotion, Mineralize Charged Water Moisture Eye Cream and Prep + Prime BB Beauty Balm before even a drop of concealer or foundation came out. At Philip Lim, skin glowed with a combo of NARS Pure Radiant Tinted Moisturizer and NARS Illuminator; while over at J Mendel, makeup artists applied Revlon Skinlights in Bronze to the cheeks, bridge of nose, and forehead with a wet sponge.

Easiest option? Massage skin with a facial oil for 5 minutes, follow with a neutralising primer, then blend in foundation with a damp sponge.

In keeping with the whole Giselle-Bundchen-goes-to-Tahiti theme, Spring-Summer 2014 is going to be all about the bronzer. Though in a more natural, just-back-from-the-islands-flush version. We saw it at Diane von Furstenberg, where the sun kissed effect came via MAC’s Keep It Loose! Casual Colour blended over the upper cheekbones and through the temples. Models at Dolce & Gabbana had halos of warm apricot blush and at Michael Kors, faces showcased healthy, wealthy tans with killer cheekbones.

Real life make up hack? Apply a warm bronzer (Michael Kors Bronze Powder in Flush, $50 or Laura Mercier Crème Cheek Colour in Sunrise, $24) in the hollows of cheeks, extending to hairline. Follow with a coral-pink blush on apples.

You may not go as dramatic as Assembly, whose neon pink streaks were inspired by beach girl strips of pink zinc oxide sunscreen. But there’s no denying the holiday glam-ness of a pretty berry flush staining the cheeks. And it’s not tough: the key is to dot it on just the center of the cheeks, blending out to make the apples glow. Cream blush works best here, such as Maybelline Dream Bouncy Blush in Plum Wine or Revlon’s Colorburst Matte Balms in Unapologetic and Striking.

Looking for a glam look to shimmy through those sultry summer nights? You won’t go wrong with gold accents, especially on the eyes. After all, this is the ultimate flatter-all metallic: it brightens the eyes and gives any skin tone a sunny glow.

Use gold shadow on lids as a base for dark liner, like Pat McGrath did at Dolce & Gabbana (Dolce & Gabbana The Eyeshadow Smooth Eye Colour Duo in Gold); load up on loose glitter flecks, as seen at Jason Wu (a metallic pigment like MAC Pressed Pigment in Damson, $21); or try a shimmery highlighter (such as Cover Girl Tru Magic The Luminizer Skin Perfector) to draw light to the inner corners and cheekbones.

Just remember: darker tones should go for a bronzy gold rather than a yellowish one. Oh, and pair it with next-to-nothing on skin – just blush and concealer as needed.

If you want to amp it up even more, go sparkly. Maybe not in the full-face Swarovski masks aka Givenchy but more like the down-to-earth glitter at Haider Ackermann.

A simple yet dramatic bet? Do a black wing with cream liner (Sephora Collection Waterproof Smoky Cream Liner in Must Have, $12); while it’s still moist, pat on shimmer (MAC Pigment in Silver, $21) with a brush, or add a crystal with lash glue.

PS: Felt-tipped pens, like YSL Eyeliner Effet Faux Cils Shocking, $34, are by far the easiest to use.

PPS: Makeup artist Mally Roncal (who did the deed for Tracy Reese) spills that a thin cotton swab dipped in makeup remover is the key to getting a clean line.

Like the cat’s eye, blue liner is not new. But it definitely comes in new forms for spring 2014: at Marc Jacobs, François Nars lined the lower lashes with a creamy sapphire pencil (NARS Larger Than Life Pencil in Blue); at Marc by Marc Jacobs, Dick Page gave the lids a pop with a simple block of bright blue shadow (Shiseido Shimmering Cream Eye Color in Ice topped with a layer of Curacao from the Shiseido Eye Color Bar Compact); and at Mark Jacobs, models wore royal blue liner on the waterline.

For real life, remember that the richer the blue, the more skin tones it flatters – so ditch the Easter-egg hues for a more intense cobalt. And if you are going deep, try Page’s secret: first layer on a blue cream shadow as it gives the powder something to stick to and adds depth.

Nobody’s ever surprised to see bright white spring clothing. But bright white spring lids? Now, that’s refreshing. Whether it was the was of iridescent whites at Alice + Olivia, the slick of white on the waterlines at J JS Lee, the white eyeliner and shadow rimmed inner corners at Tibi or the white liner on the upper lids at Kenzo, this is the route to go when you want to do fresh and fun.

For maximum chic-ness, keep it saturated, matte and graphic. And pair with a hot pink or orange lipstick.

It’s not the first time we have seen orange lipstick on the spring-summer catwalks but this season’s vibe is brighter and sexier, with a roller-skating-à-la-Beyoncé feel. We spotted it at Nanette Lepore, Donna Karan, Prabal Gurung, Christian Siriano, Rag & Bone and DKNY. Top contenders? Revlon ColorBurst Crayon Matte Balm in Mischievous, NARS Heat Wave Lipstick and Maybelline ColorSensational Lipstick in Electric Orange.

Not too glossy, nor too dry, the new red lipstick has a velvety-matte finish that’s “almost classic, but more sophisticated and much more modern,” says Pecheux. To create the lips at Altuzarra’s spring show, he used creamy MAC Lip Mix in Crimson and topped it with a mattifying loose red pigment. While, over at Nicole Miller, backstage make-up artist James Kaliardos marked the return of the statement lip by layering Vino Lip Pencil over Pro Violetta Lipstick

In real life, go with one quick swipe of MAC Lipstick in Ruby Woo.

Michael Kors gave lips a believable berry shade courtesy of Michael Kors Lip Lacquer in Dame. At Joie, artists kicked it up further with a brighter berry to perk up minimal makeup.

And the 2 trends that DON’T work for real people…

At Louis Vuitton brows were almost black; at Calvin Klein they were bushy and at Erdem they were full and feral. But for all the hullaballoo about ultra-bold brows these past seasons, I am still not a convert. Because these only really work for those women with killer cheekbones and strong features – Cara Delevigne, anyone? – which totally rules me out. So, I will be sticking with a groomed arch, though filling up any sparse spots with bareMinerals Frame and Define Brow Styler or Benefit Gimme Brow will go-tos’ for giving them a pop.

If you can apply falsies to your bottom lashes, more power to you! I barely have the patience to sit and watch the glue dry on my upper lid. Still want to give the whole doe-eyed ’60s super sex-kitten thing a try, complete with feathery lashes against the top and bottom eyelids? Aka Jean-Pierre Braganza and Holly Fulton and London Fashion Week? Opt for MAC 33 False Lashes.

What’s your makeup quotient for the coming season? Have you tried (or shall be trying) any of these trends? 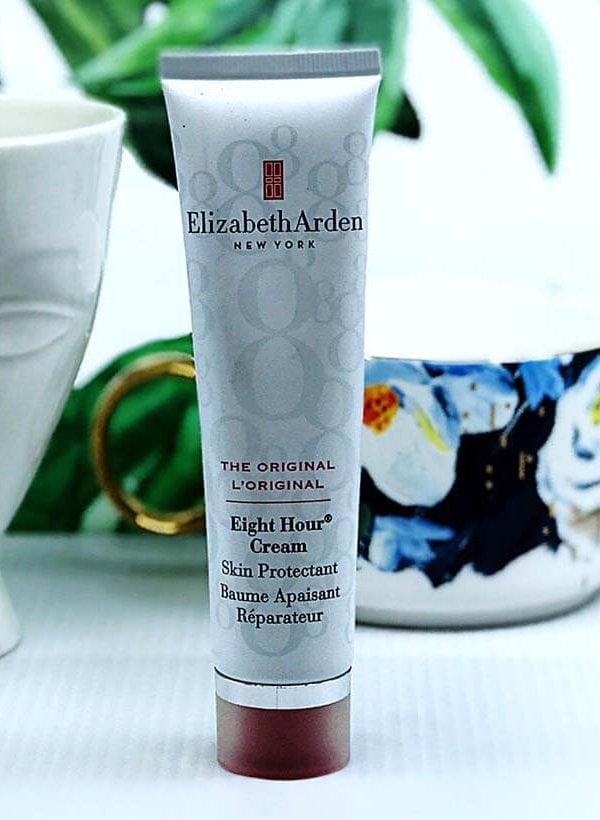 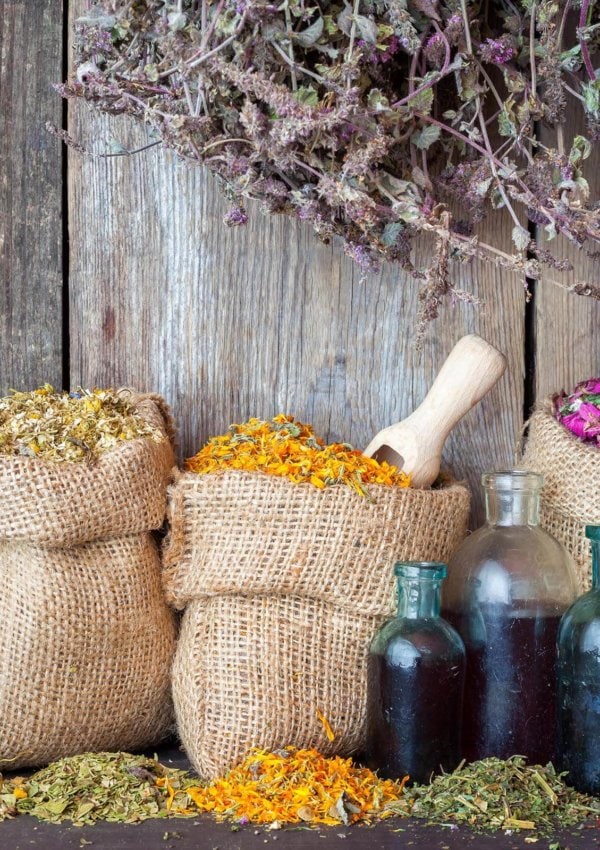 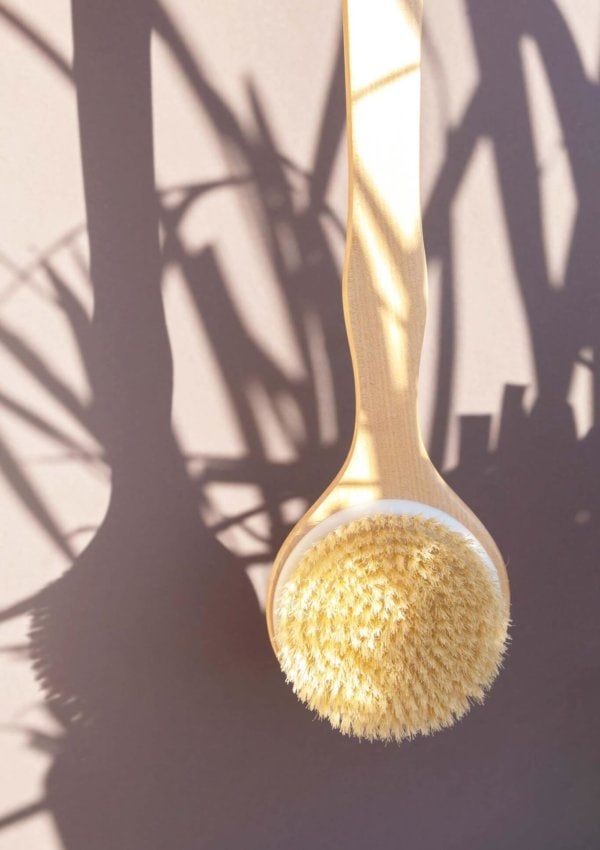 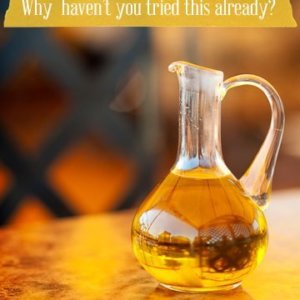 View Open
So, how’s everyone doing? Safe and well stocked,

View Open
It’s a tough time for the world. And during toug