You are here: Home / Just me! / I am back… and have a lot of goodies for you, all the way from Paris, Rome, Geneva and Stockholm!

There has been a reason I have been erratic in posting these last few days. Very erratic. And very many reasons. It all began with THE TRIP. The Great Family Vacation, that has been years in the making. I grew up in Stockholm and my parents haven’t been back ever since. So, when my dad retired last year, we planned a great big family reunion back in the land of the midnight sun, complete with the Singapore-residing brother and Mr. D (the husband, to the uninitiated). Then we added on London, Paris and Geneva to make it a European sojourn to end all sojourns.

And then my dad’s passport went in for renewal, coming back only after we were supposed to already have been in London. So, London scrapped then. Off we decided for Monte Carlo and Nice instead of Big Ben (Grasse? Perfumes? You can see who suggested this one?). Of course, the Charans’ failed to realise that we were planning on being in Monte Carlo in the same week as the Cannes film festival and Formula 1. Once that awareness kicked in (courtesy the 1000-Euro per day hotels), the only feasible thing to do was scrap that and put a finger anywhere on the European continent. Rome came up and with five people actually agreeing on something, plans rolled off once again. Bookings, cancellations, rebookings, looking for hotels, cancelling and rebooking them again… you get why I have been AWOL?

One would think we would finally just get on a plane and go, right? No, we are the Charans’! Easy does not come to us easily. Because then my dad’s back decided it was time to join in the fun, throwing a slipped disc shaped curveball. Now, we all know that excruciating back pain and long haul flights don’t really play well with each other, so time to cancel once again? But no… this is the family trip of a lifetime. So, the father hauled himself off to MRI scans, orthopaedic surgeons, acupuncturists and the works. The orthopaedic-approved acupuncture worked (more on that later!) and finally, FINALLY, we jetted off. Mother’s food poisoning notwithstanding (I have a museum-worthy family!).

Of course, all these dramatics meant that the bank of posts I was working on for the 3 weeks of holiday-time never really happened. But to make up for the silence, I have spent many super-happy hours digging deep into the beauty secrets of those gorgeous French, Italian, Swiss and Swedish women. And they shall be coming right up, right here on this blog, in the next few days.

Join me for the journey? 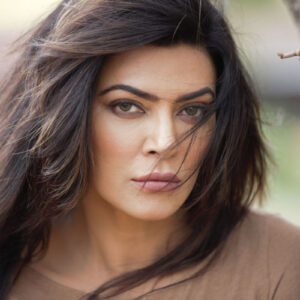 The importance of being Sushmita Sen