One of the biggest downsides of influencer marketing comes into play when a popular influencer launches her (or his) own products. Savvy at the digital stakes, they know just how to tug at all your strings.

Their social media community, which is usually in awe of them and have a deep connect with the persona, magnifies the message till it reaches cult status. Then, other influencer buddies join up to help the cause and it all gets blown out of proportion.

I am not saying that all influencer-built brands are rubbish. There’s Marianna Hewitt and Lauren Gores’ brilliant Jet Lag Mask. There is Emily Weiss with Glossier. Alex Steinherr with her Primark skincare range. And, of course, the Kardashians.

All I am saying is that it’s a slippery slope and true brilliance is few and far in between.

So, before you reach for that wallet, understand what you are buying into: The persona or the product. Just because one is brilliant, it’s not necessary the other follows. Add in buzzwords like ‘inclusivity’ and ‘cultural roots’ and it’s far too easy to get led away. 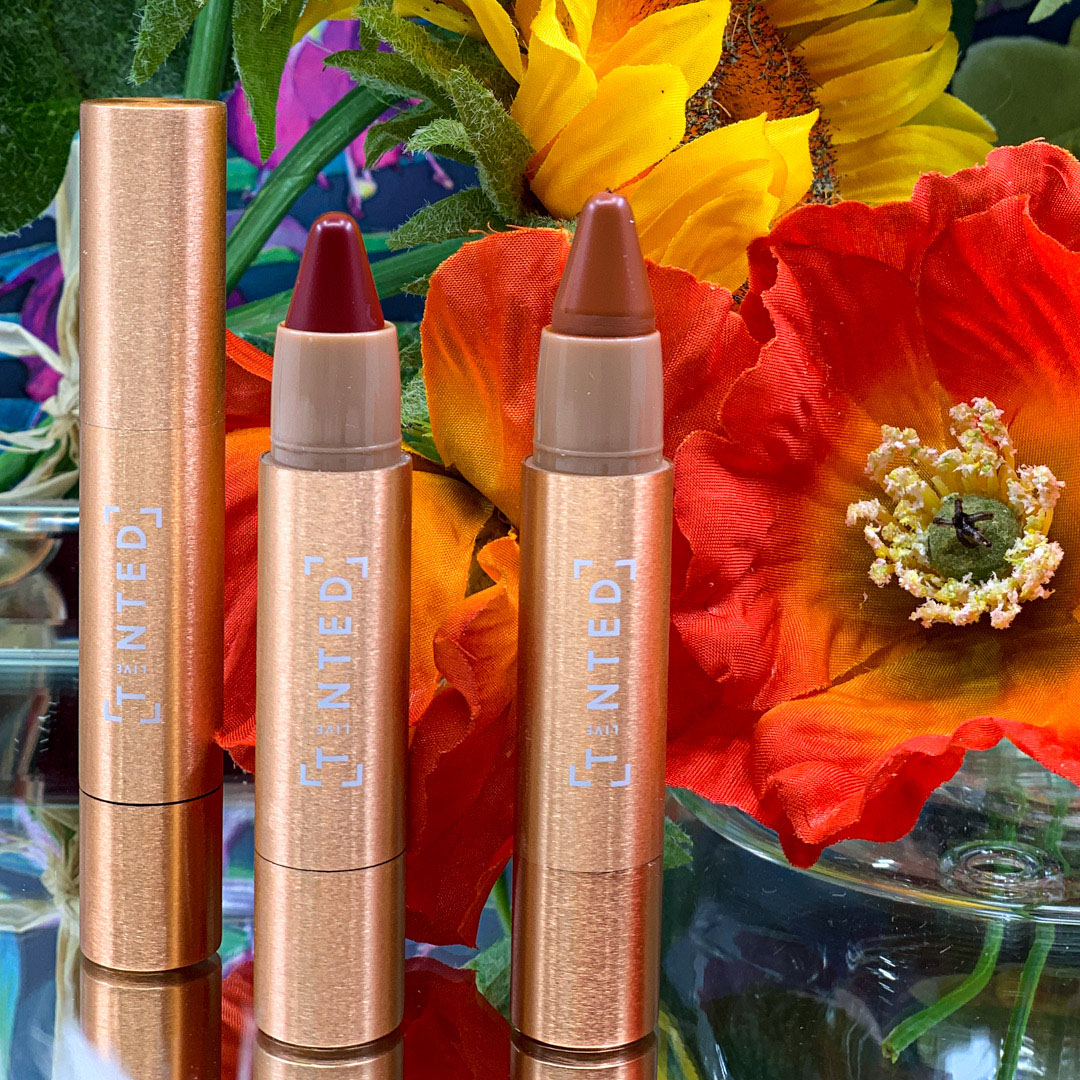 Take the case of Deepica Mutyala, Houston-born-LA-resident of Indian descent, who first went viral with her video on using red lipstick for under-eye circles. The YouTube video struck a cord with millions of dark skinned women, whose hyperpigmentation runs too deep for conventional makeup brands. With this success, Deepica quit her corporate job and took a deep dive into social media.

Her bubbly, slightly klutzy personality, a highly adorable family, and a coming-of-age narrative where she talks about getting comfortable in her own non-American skin, along with her drive and hard work (social media is serious hard work, people!), led to the creation of a community that counts its numbers in six figures.

Now, four years later, Deepica has launched her first beauty product: The Live Tinted Huestick. If you haven’t been part of the buzz – complete with billboards at Times Square – the Huesticks are multi-use, crayon-like sticks that do the work of color corrector, lipstick, blush and eyeshadow, all rolled into one.

They come in three colors – a true red (Origin), a warm, terracotta orange (Rise) and a soft, peachy pink (Perk).

Despite being pretty much addicted to Deepica’s Instagram Stories, I held out on the Huesticks. How are they different? Will the product actually be good, or is it influencer marketing at it’s best/worst? I am not even part of the demographic. And does the demographic even need this, or is it another exploitation of ‘inclusivity’?

Well, a month after their launch, I finally caved and tried them out. And now, I am going to give you the real deal.

That gorgeous copper finish: The textured copper tubing is inspired by pennies that are “… the in between, the forgotten, but beautiful.” Forget the market-speak, to me it just feels so tactile… so luxurious. And it doesn’t scuff easy, which makes tossing them into an overflowing handbag that much more effortless.

They are truly multifunctional: Why can’t I just use a lipstick as a color corrector or eyeshadow? Most lipstick formulations are not eye-appropriate. Huesticks have been created without the nasties – like carmine for the red dye – to make them safe for this delicate area. Again, tried using a cream blush as lipstick? Too drying. Lipstick as blush? Too much slip, which translates into too little staying power. Here, Deepica has somehow got the texture just right.

As a color corrector: Never, in a million years, did I think this would work. I have a fair-to-medium complexion but my under-eye circles get seriously dark. I have given up on color correctors, as they run too light. But. This. Works. It doesn’t make the circles go away completely but definitely lightens them, even without concealer. Just a bit of Rise, layered over with some foundation is perfect!

The shape: Unlike a conventional lipstick, the sharpened crayon shape makes it super-easy to outline the lips. Will have to see how they whittle down, though, as there is no sharpener.

They are clean: Along with being vegan and cruelty free, Live Tinted promises that the Huesticks have no parabens, sulfates or phthalates. Instead, they are packed with skin nourishing squalene, hyaluronic acid and vitamins.

The colors themselves: My personal favorite is Rise. I have never been much of an orange-y person. But this is not the bright, popsicle orange. It leans more terracotta, reminding me of warm Italian summers. And all the colors build up beautifully, going from a stain to opaque in a couple of swipes. 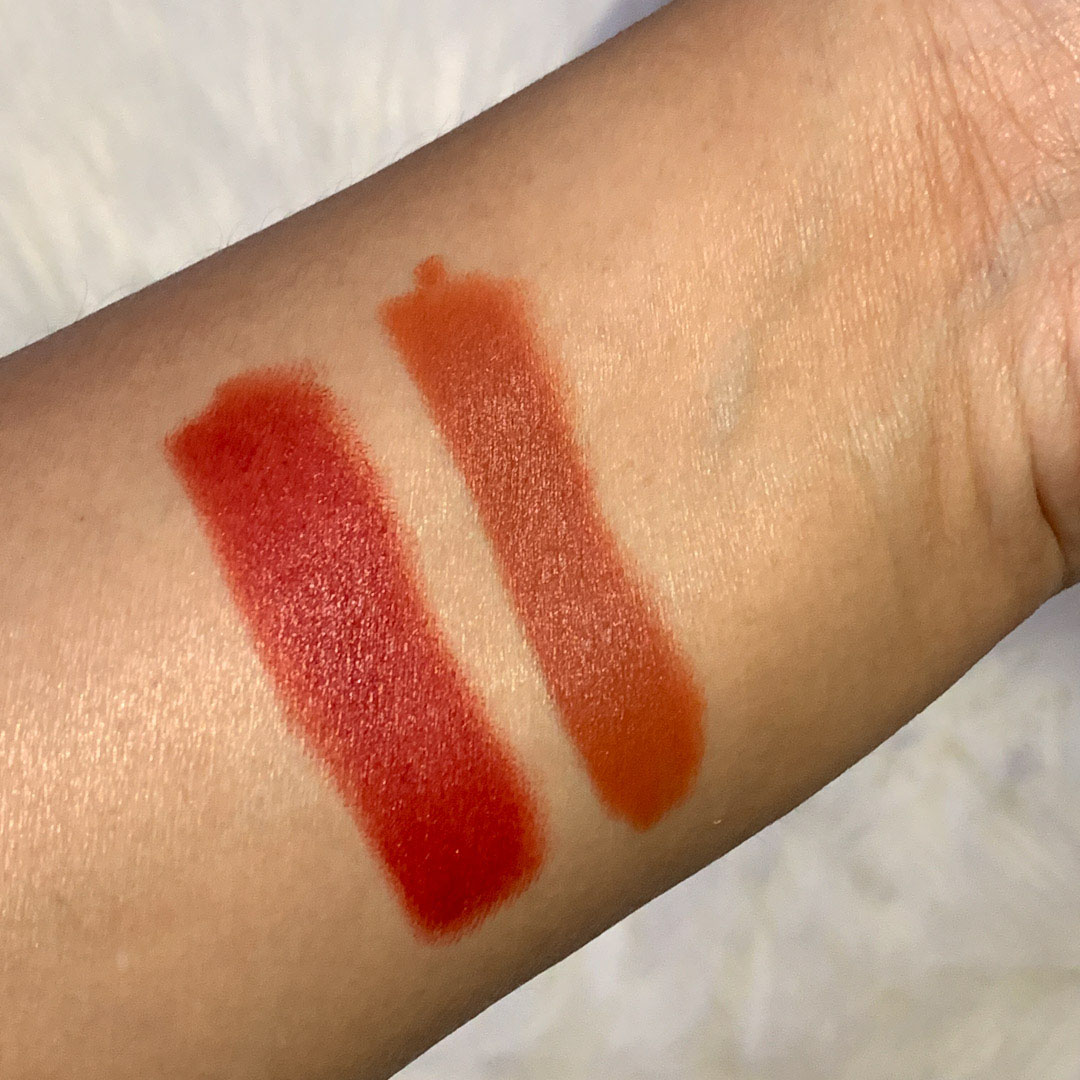 Staying power: It’s decent but not the best. As a blush or lipstick, they stick on for a couple of hours and then vanish. I would advice layering them over a lip pencil to increase the time between applications.

Feel: I liked the semi-matte, almost powdery, finish but found them to be a bit drying on the lips.

Ultimately, would I buy the Live Tinted Huesticks again?

Yes. For the pretty terracotta hue, the packaging, portability and ease of use.

Yes, also for its phenomenal ability to take away my dark circles.

However, I don’t see myself using it as an eyeshadow – simply because I don’t wear peach, orange or red eyeshadow.

As a lipstick, it’s great for daytime use but I would skip it during the nights when I need more staying power. Or layer it over a lip liner and add some gloss or lip balm on top. 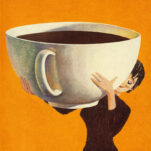 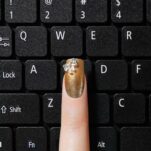 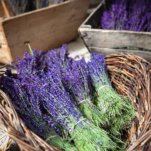