You are here: Home / Self-Care & Wellness / The RIGHT way to drink red wine for health benefits (and weight loss!)

It’s the season for wining and dining… and what better way to enjoy it than with deriving actual health benefits from your tipple. Yes, I am talking about red wine’s health benefits, especially red wine for weight loss.

Yes, there are benefits of drinking red wine.

And yes, red wine and weight loss can go hand-in-hand when done right.

It all started with the French Paradox.

The question about how the French eat a high fat diet, smoke and totally shy away from active exercise, yet they have half the rate of heart disease (143 vs. 315 per 100,000 middle-aged men) and live 2.5 years longer than anyone else in the world.

25 years later, practically every science lab across the world has not only endorsed the theory but actually taken it further, crediting red wine’s health benefits with everything from weight loss and protection against cancer to lowering the risk for diabetes and helping manage depression.

A sampler, if you may. 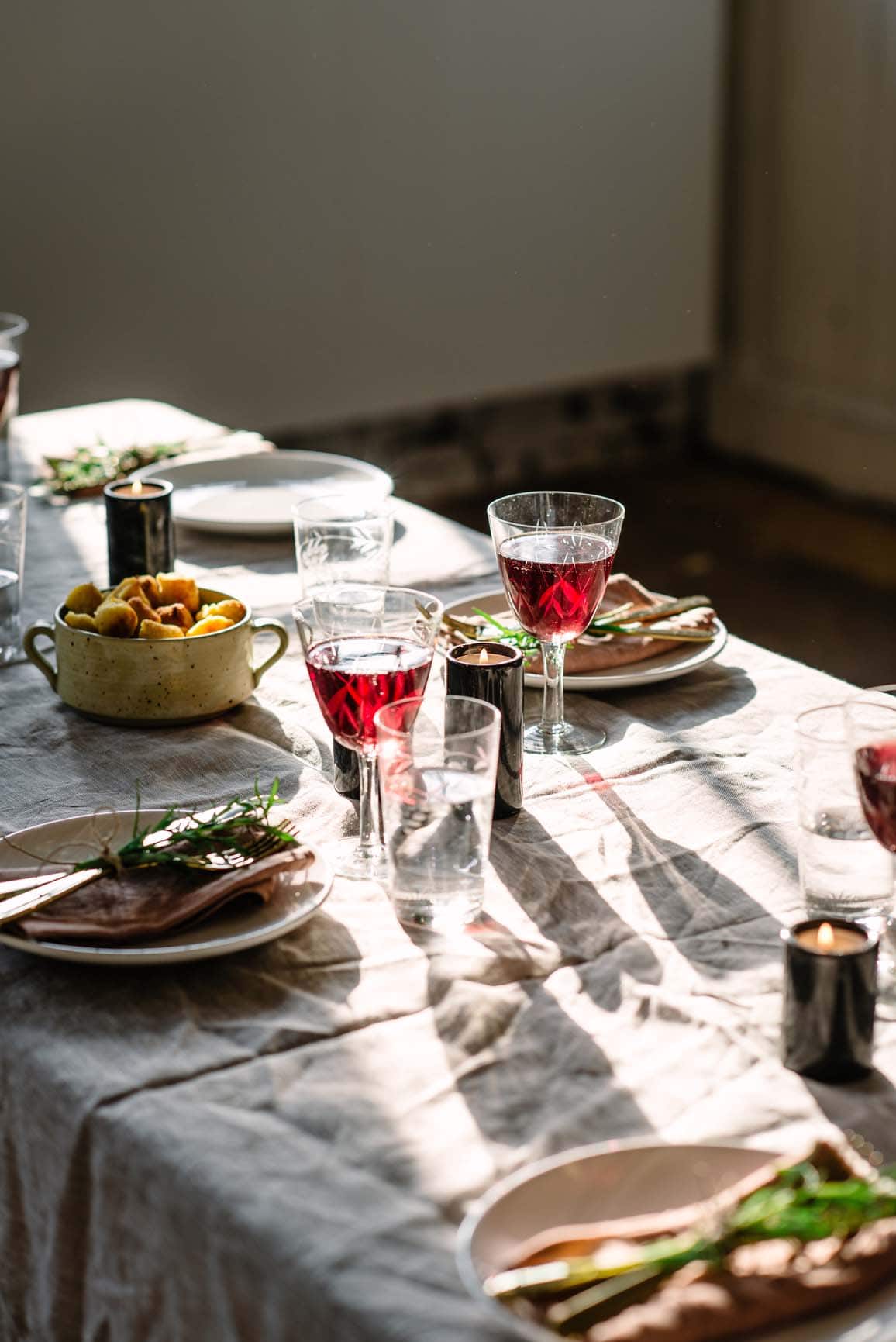 2. At the University of Alberta, Canada, it was found that the weight reducing benefits of red wine are similar to that of exercise (this one’s my favourite study!).

5. A Norwegian study revealed that one glass of red wine a day significantly increases levels of the appetite-regulating hormone leptin.

6. At Purdue University, it was discovered that healthy red wine contains piceatannol, which actually blocks the growth of fat cells. It also helps fight cancer, heart diseases and neurodegenerative diseases.

7. According to the American Journal of Clinical Nutrition, red wine increases levels of good bacteria in the digestive tract.

8. According to a joint study between Harvard School of Public Health in the US, the Ben-Gurion University of the Negev in Israel and Leipzig University, Germany, red wine increases the balance of HDL (the ‘good’ cholesterol), while boosting glucose metabolism to curb diabetes.

Plus… other benefits of drinking red wine

And that’s not even all. Besides weight loss, other red wine health benefits include preventing gastric infections, reducing the risk of ovarian cancer, preventing heart disease, strokes and other cognitive disorders (think dementia and Alzheimer’s), cutting the risk of depression and — in the strangest of turnarounds — actually decreasing the prevalence of Non-Alcoholic Fatty Liver Disease (NAFLD).

But what about white wine?

That’s because while both red and white wines are made from grapes, red wine is made from the whole grape, including the skin and seeds.

The skin and seeds are what add powerful antioxidants like resveratrols, polyphenols, procyanidin and flavonoids, which give red wine most of its weight loss and anti-ageing benefits. 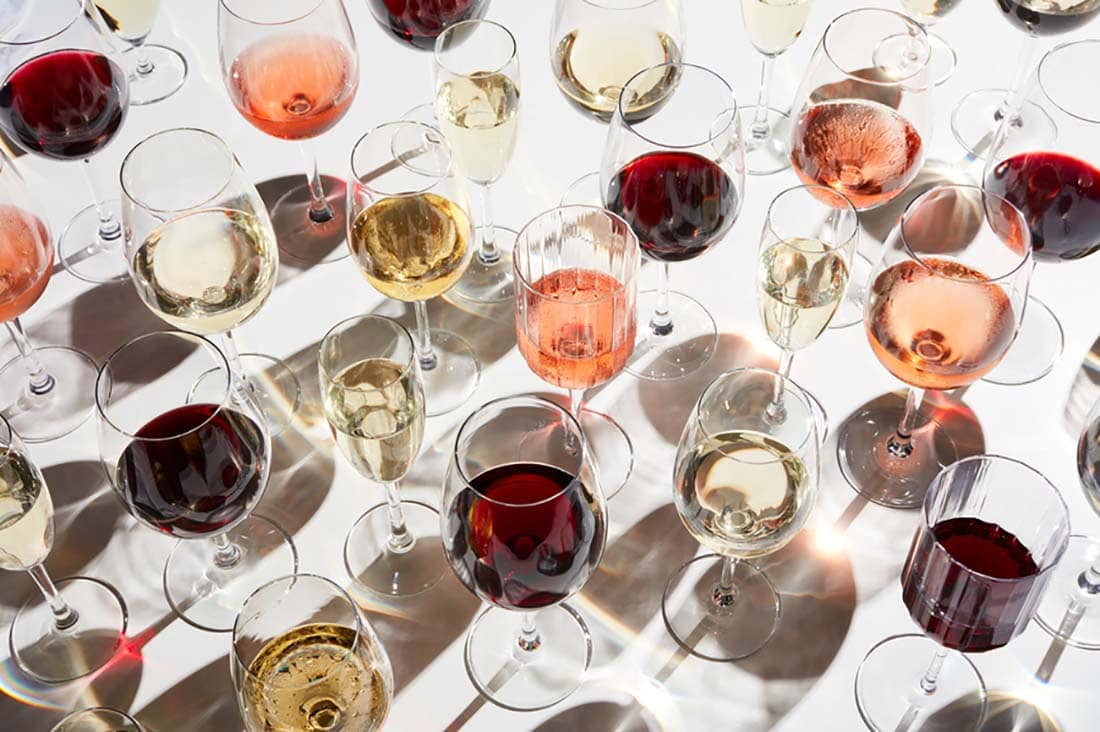 Yes, red wine — like everything else that’s edible on Planet Earth — comes with its own set of calories. Specifically, about 125 to a glass.

These are however, negated by its low GI (Glycemic Index).

GI measures how much glucose different foods produce in the bloodstream. Foods with a high GI score, like bread and cakes, produce large amounts of glucose, which is ultimately stored as fat.

However, some high calorie foods such as nuts produce little glucose, explaining why they don’t make you put on weight.

Red wine scores very low on the Glycemic Index (less than 15), which is why it doesn’t pile on the pounds.

And then there’s the research that a glass of healthy red wine suppresses cravings for unhealthy snacks, like chocolate, biscuits and sweets, making you feel sated without going on a late night junk food binge.

As always, the trick lies in moderation!

Does the variety of red wine matter?

Not all red wines are created equal. Neither are their health and weight loss benefits. They are dependent on the grape varietal, fermentation process and age.

Looking for a healthy red wine? Choose from this list. 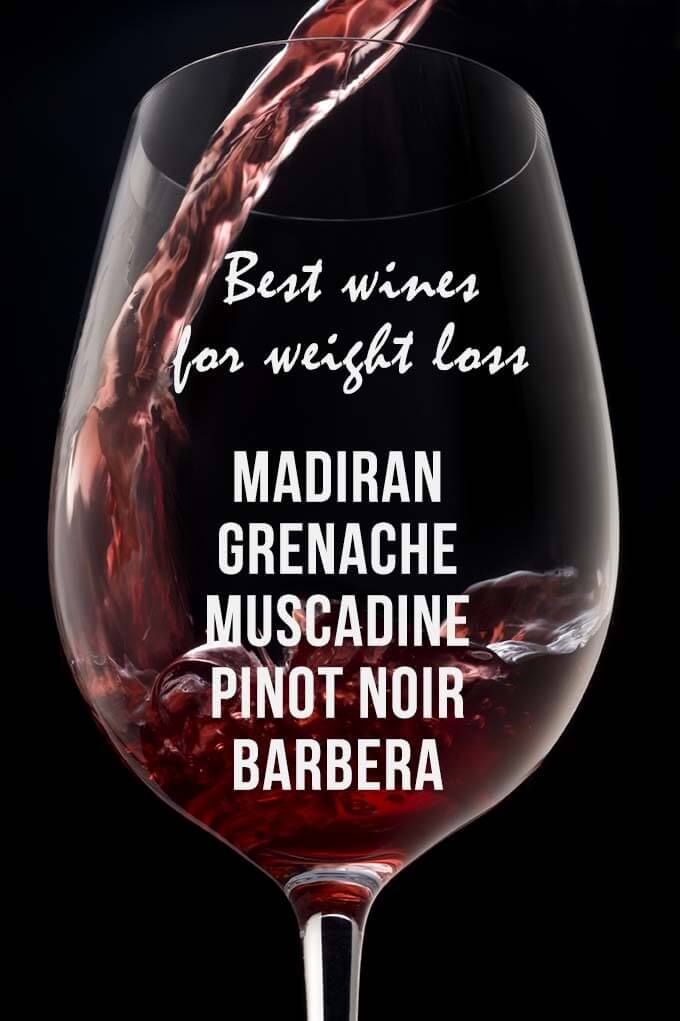 Madiran: Made from Tannat grapes in the Gascony region of the southwest of France, Madiran wines are extremely high in procyanidins (for cardiovascular and arterial health) and resvesterol (weight loss, anti-cancer, anti-inflammatory, blood sugar control, cardiovascular health).

In fact, they have up to 10 times the levels of procyanidins than wines grown elsewhere, which is why the Madiran area has double the national average of men aged 90, despite an extremely high fat diet.

Grenache: The Grenache grape, grown in Sardinia, Spain and southern France, is known for producing some of the greatest amounts of resveratrol. This contributes in a large way to this red wine’s health benefits.

Muscadine (or Scuppernong): A wine grape native to southeastern US, Muscadine is extremely high in ellagic acid, which boosts weight loss. The levels of ellagic acid are boosted with each year of oak raging, so read the label.

And incidentally, there are only about 5,000 acres of Muscadine grapes in the world, most of which are concentrated in Georgia.

Pinot Noir: Pinot Noirs grown in cool, rainy climates have among the highest concentrations of resvesterol among any red wines in the world.

Regions to look for include the Burgundy region of France, the Marlborough region of New Zealand and Willamette Valley in Oregon.

How much red wine should I be drinking?

Time calls alcohol the “Goldilocks of the nutrition world”. Drinking too little may deprive you of red wine’s health benefits; while drinking too much can also be destructive to your health.

The key lies in moderation. This means up to one drink per day for women and up to two drinks per day for men, or less. And one drink is five ounces.

Why do women have a lower limit? It’s nothing to do with sexism… females generally have lower levels of alcohol dehydrogenase, a liver enzyme that metabolises alcohol. Hence, that are advised to drink smaller amounts of any alcohol.

Even if we look to the French and the Italians for their propensity to drink more wine and yet be healthier than any of us, you will never catch them binge drinking. Even on weekends. Instead, they drink a little everyday and know just when to stop!

And when to drink red wine for maximum benefits?

Red wine, like every other alcohol, doesn’t play well with empty stomachs.

The best option is to have it the old fashioned Mediterranean way: With a meal rich in vegetables and fish, complete with fruits and a healthy fat such as olive oil.

What if I simply can’t have red wine? Am I out of options?

Firstly, absolutely don’t start drinking red wine suddenly if you’re a teetotaller. Or without checking with your doctor if you have health problems. Or if you or your family has a history of health abuse. Or if you react badly to the beverage in any form!

Instead, stock up on other antioxidant and resversterol-rich foods, like blueberries, strawberries, raspberries, red grapes, peanut butter, dark chocolate and apples.

Remember, a balanced diet is everything. 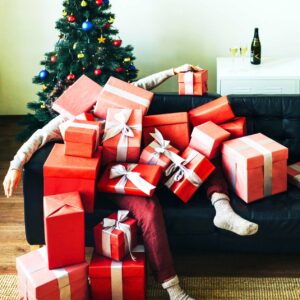 16 super unique gift ideas for every woman on your list! Absolutely. Every. One.