You are here: Home / Fashion / RIP Munnu Kasliwal, the crown jeweller of India

As I wait for the plane to take off from Jaipur, the memory that beckons is one from my wedding days: Munnu Kasliwal draping and tempting my inner princess with a luscious necklace of Burmese rubies and diamond rondelles the size of quail eggs. “After the wedding, you can simply wear these with a T-shirt and jeans,” suggested the Gem Palace co-owner as I stared in disbelief. A necklace worth US$2.5 million with my Gap denims? Sure!

But that was Munnu Kasliwal for you – full of surprises, eager to show you how to truly enjoy your jewels and skilled at walking the very fine line between traditional opulence and contemporary sophistication. For jewellery connoisseurs, he ranked right up there with Cartier and Harry Winston. Collectors, curators and celebs regularly made the pilgrimage to Jaipur’s Gem Palace as much for its 152-year-old legacy as for Munnu’s 21st century designs. So, when news came of this 54-years-old maestro’s unexpected demise last week, the world suddenly started seeming a lot less lustrous.

The man behind the legend

Some would say that Munnu’s success was a natural legacy for an eighth generation descendant of a jewellery House that dates back to 1852 and was court jeweller to the Mughals. Over the years, its clientele has included everyone from the Queen of Sweden and Emperor of Japan to Rajmata Gayatri Devi and Jackie Kennedy.

However, a legacy can only take you so far and Munnu knew that he had to knit the past and the present to ensure a place for his family business in the 21st century. So, he created jewels that one usually sees in paintings of 17th century maharajas: dazzlingly elaborate and replete with precious stones that shimmered and sparkled even in muted candlelight; yet, somehow, they were also right for the 21st century – the cuts and layering perfectly complementing an Alexander McQueen ballgown. Or Gap jeans.

It was this understanding, coupled with his inherent talent, which spearheaded the Gem Palace’s permanent exhibit at New York’s Metropolitan Museum of Art (the world’s only jewellery firm to get this honour) and the Neue Galerie. And it was Munnu’s designs that retailed at organisations like Barney’s and Caribou Jewels, where they continue to be much sought after by European royals, Hollywood celebs, Italian fashion designers, German barons, Moroccan royals and Arab sheikhs. Gwyneth Paltrow, Princess Diana, Nicole Kidman, Emilio Pucci… the list of those who swore by this master jeweller’s unrivalled quality and cuts can go on and on and on. And on.

The Gem Palace in Jaipur is a historic haveli filled to the brim with Colombian emerald pendants, Burmese ruby cuffs and delicate citrine earrings. But to get a true sense of Munnu, one had to visit (rather, be invited into) his atelier, which was hidden on the building’s top floor. 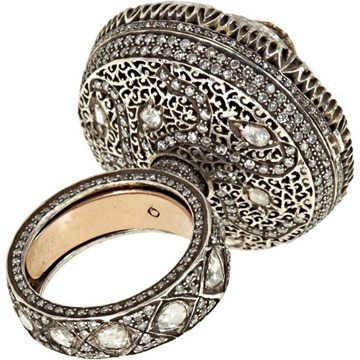 Here, the walls were covered in hand-blocked Indian textiles, while sink-in dhurries zigzagged across the white marble floor in cool blue hues and sequinned pink and orange pillows popped against antique wooden chairs. This is where we usually lounged during hot Jaipur afternoons, feasting on chilled lassi, as Munnu unlocked treasure after treasure. A diamond necklace anchored by a 125-carat emerald pendant; chandelier earrings crafted from aquamarines, topaz and lapis; Burmese ruby rings rimmed with rose-cut diamonds; a pink, yellow and blue sapphire and diamond bracelet… all rare, all delicious, all highly desirable.

If not exactly affordable. I still remember the sindoor box he showed me for the wedding – it was a masterpiece of 927 sparkling rubies that had been cut, polished and set to such precision that they gave the illusion of the finest meenakari. The piece had taken four years to complete and would require the annual revenue of a small country to possess.

But Munnu was almost oblivious to the riches that surrounded him, preferring to focus on the prettiness of his stones rather than their monetary value. Piles of loose stones, kundan bracelets, 200-carat diamond necklaces, gemstone rings and sapphire drops would be casually strewn around the atelier, while a never-ending retinue of domestic staff, international models and drop-by guests glided through the room. You stepped in prepared to be draped with all sorts of pearl ropes and diamond tikkas by the designer, who delighted in decking out guests in millions of dollars worth of baubles – just for fun!

Aladdin’s cave would seem puny beside the treasures opening up here… in fact, fellow designer Marie-Hélène de Taillac once found a runaway ruby buried in a sofa. I never had such luck but even without the treasure hunt, this was an experience not soon forgotten! 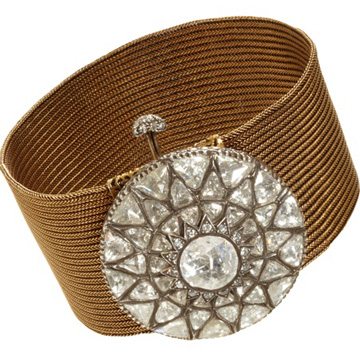 Then there were the evenings in the townhouse on New York’s Upper East Side, where Moroccan artists mingled with hedge fund managers while lounging on hot pink chairs and purple velvet sofas – all bathed in the light of violet-coloured David Hicks lamps. Here, the walls were done in scarlet fabric and fitted with coloured Italian glass vitrines – a little Indian but not too Indian – the perfect setting for the contemporary, one-of-a-kind pieces Munnu created for his international buyers.

The jewels, when they arrived, came laden on trays – gold mesh cuffs studded with rose cut diamonds, armbands sprinkled with peridots, crescent-shaped sapphire chandeliers and enormous emerald pendants strung from strands of natural pearls. This is where I met my jewelled soul mate: a necklace of cascading flowers carved from sliced rose-cut diamonds (don’t ask!), the back covered with elaborate enamel-work.

Attention lies in the details

And this is what made Munnu’s work exceptional: one look at his jewellery was enough to tell you how much painstaking detail went into each piece. For example, he would adorn both the front and back of his creations. “I believe,” he would always say, “that beauty is not only about what the eye can see.”

And then there was the relentless hunt for quality. In fact, Munnu sourced all the stones himself – once finding a ruby stuck in a buffalo’s hoof in China (no wonder he claimed to find inspiration “everywhere”). “Jewelry is not for one generation,” he believed. Which was perfectly natural for a jeweller whose family has been associated with jewellery for eight generations. His was the quest for an everlasting beauty – and it showed.

Munnu’s pet peeve was that most people hid away their jewellery, only bringing it out for special events. “Diamonds are not just for special occasions. They are for every day,” was his mantra. To meet him unadorned was to get a lecture in how not to waste those exquisite creations by locking them away in concealed vaults. Once, when I tried putting up a logical (at least to me) argument on how it was unsafe to parade the city streets draped in a couple of million dollars worth of jewellery, he impishly retorted: “When you wear something so ostentatious in such surroundings, no-one will ever dream they’re real!” Could you argue with that? 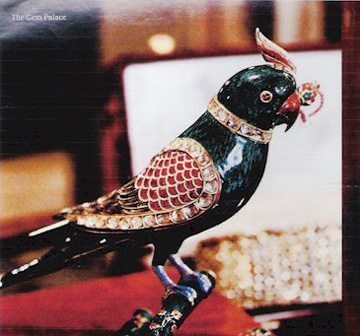 Buying back a legacy

Over the years, the Kasliwal family has collected some important pieces and the private rooms of Gem Palace are like a veritable museum. There is Babar’s magnificent emerald (inscribed ‘Allah is always greater than the greatest emperor’); a 32 piece gold and diamond chess set from the early 19th century; a solid gold plate and spoon studded with diamonds, which was made for the Maharaja of Jaipur in the 18th century; and a 165-year-old, life size gold enameled parrot, inlaid with rubies and diamond. The last is actually a liquor flask – the liquid is poured in the bird’s head and sipped from the rose bud held in its beak.

However, for all the flash and sparkle of his work, Munnu was quietly understated in his own personal style. Usually dressed in a traditional white linen kurta, his simplicity was the antithesis of the luxurious business in which he worked every day, exuding the kind of rare panache that can only come with true brilliance.

And that’s the image of this brilliant jeweller that will live on in my memory forever even as his son Siddharth – the ninth generation of Kasliwal jewelers – steps into Munnu’s prematurely empty shoes at the Gem Palace. And I will be wearing a 120-carat rose cut diamond pendant with faded Gap jeans and a white shirt to watch Ice Age 4 on Saturday night. Because when the time comes to pass on the heritage of stones to the next generation, I want to be able to tell my daughter (or daughter-in-law) about the man who changed the world by bringing fun back into the annals of fashion. Because that, in the end, was Munnu’s greatest gift to the women of this century – the freedom to truly enjoy our small and big luxuries. 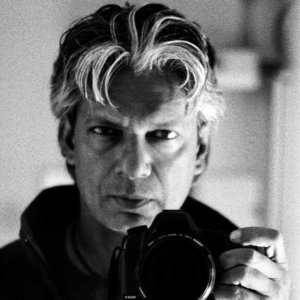